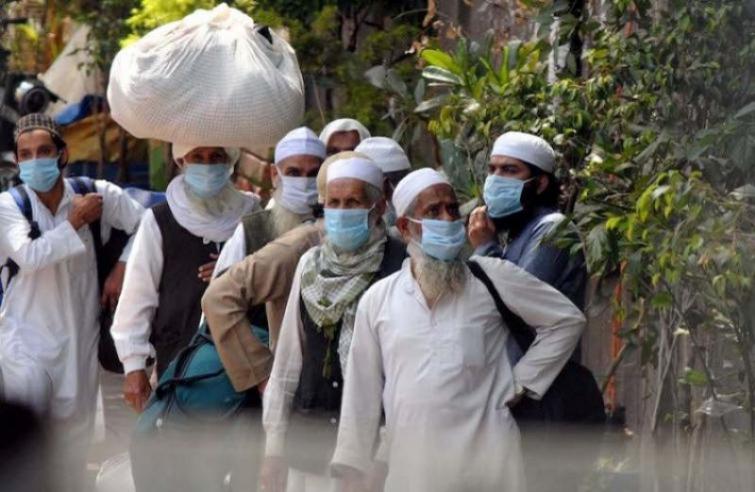 Dharamshala/UNI: A week-long 'Active Case Finding Campaign' was on Friday launched in this district in its first phase.

Each team consists of two members.

Deputy Commissioner of Kangra Rakesh Prajapati told UNI that Kangra, biggest district of the state, has 1826 teams with over 130 supervisory staff while Una district has 144 combing teams, Hamirpur 537 and Chamba has 610 teams in the door-to-door combing campaign.

Rakesh Prajapati said that three samples from Kangra district collected for testing of Coronavirus were found negative on Friday at Medical College, Tanda. One sample has failed during examination and it would be repeated tomorrow.

One COVID-19 patient, who was under treatment at the Tanda Medical College, tested negative on Friday. However, the patient would be re-examined on Saturday, before release.

The Deputy Commissioner appealed to the persons, who had participated in Tablighi Jamaat at Nizammuddin Markaz in Delhi and the people who came in their contact, to share their information with the district
administration or on toll free number 104 and 1077.

Failing which, strict legal action would be taken against the persons, who concealed the information. He also requested the people to stay at home as far as possible, to remain safe during the curfew and come out only if it was urgently needed.

He said action would be taken against the persons, who violate the curfew. He asked the elderly persons to avoid coming out of their home during the lockdown period.

Meanwhile, the meat and chicken shops in Kangra sub-division would remain closed till further orders, as per the notification issued by the District Magistrate. All the permits issued earlier in this context would stand terminated. Action would be taken against the defaulters, as per the law.

Three COVID-19 positive patients were brought to the Tanda Medical College on Thursday evening for treatment.