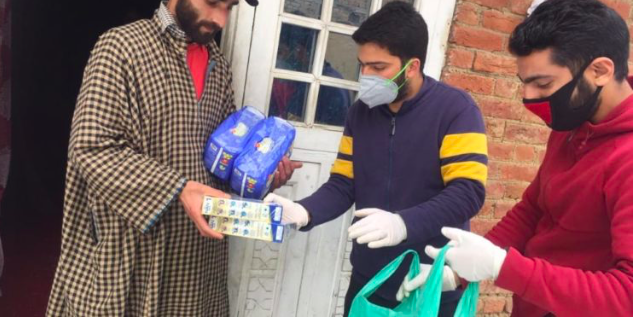 Shopian/IBNS: In a positive move at a time when the country, including the Kashmir Valley, is witnessing a COVID-19 outbreak, a group of volunteers in South Kashmir’s Shopian district led by advocate Owais Khan distributed essential commodities to the people.

The group distributed food, medicines, among others to the 145 families in the region.

Khan said 700 volunteers are currently engaged in the act.

“We will deliver life-saving drugs for free to the poor,” Khan was quoted as saying by media.