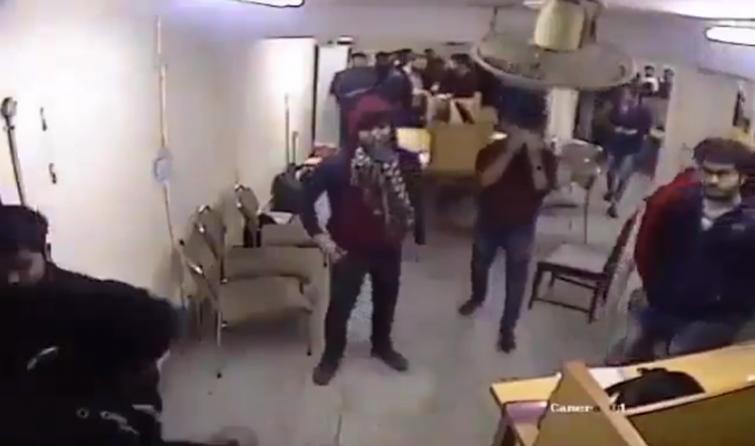 New Delhi/IBNS: A total of 10 Jamia Milia Islamia University students have been summoned by the Crime Branch of Delhi Police for questioning in connection with Dec 15 violence in the university, media reports said.

According to reports, the police identified these students from CCTV footage installed in the university campus.

The clash between the Jamia students and police broke out on on Dec 15, after anti-CAA protest had turned violent with several vehicles set on fire and vandalised.

Following the clash, police had entered the university campus and allegedly assaulted the students.

A video showing some persons entering the university's library with stones in their hands had surfaced three days ago which apparently countered the claims of unprovoked lathi charge by Delhi Police on students in the varsity campus shown in an earlier 49-second clip released on social media by Jamia Coordination Committee, wa group of alumni and students.

The Citizenship Amendment Act grants citizenship to Hindu, Sikh, Jain, Christian and Buddhist refugees who came to India from Bangladesh, Pakistan and Afghanistan before 2015.