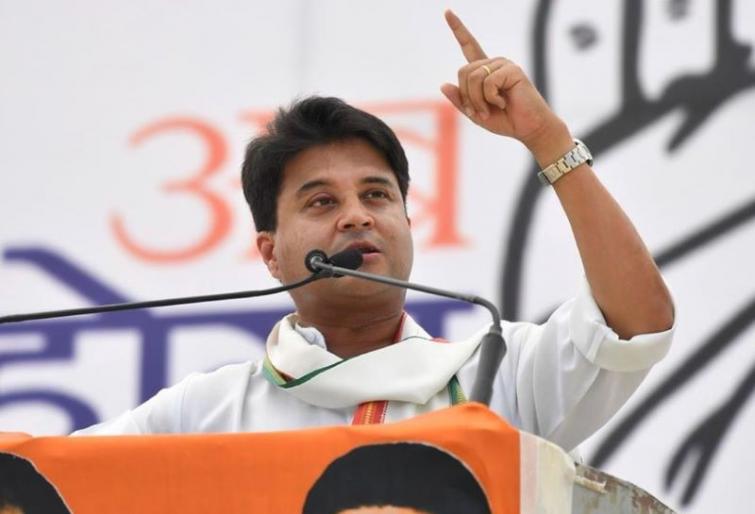 I will protest if demands of guest teachers are not met: Jyotiraditya Scindia attacks Congress government

Bhopal/IBNS: Bringing out a rift within the party in public, Congress leader Jyotiraditya Scindia warned Madhya Pradesh Chief Minister Kamal Nath saying he would protest against the Congress-led state government if the demands made by his outfit to the guest teachers are not met.

Scindia, who led the Congress to power in Madhya Pradesh in 2018, has recently expressed solidarity with the protesting guest teachers and said, "Your demands were included in our manifesto which is sacred to us. If the promises are not met, I will hit the streets with you."

Hitting back at the Congress leader, Chief Minister Nath said, "The manifesto is for five years and not five months."

Defending his statement, Scindia had said, "People know me that I stand by our manifesto. The Congress government will have to stand by the promises. If they are not met, I will have to hit the streets."

Earlier on Jan 4, Rajasthan Deputy Chief Minister Sachin Pilot had hit out at his own Chief Minister Ashok Gehlot over citation of data as a counter-argument to the deaths of hundreds of children at a state-run hospital.

Gehlot, who runs the Congress government in Rajasthan, had sparked a controversy by pointing out that the deaths of children in the state declined in comparison to the previous year even as more than 100 infants died at Kota hospital.

Hitting out at the Chief Minister, Pilot had said, "We should have been more compassionate. We should not point out fingers at the previous government as we are voted to power."

"Getting into data over deaths of children is not acceptable. Someone must be held accountable," the Deputy Chief Minister of the Congress government said.