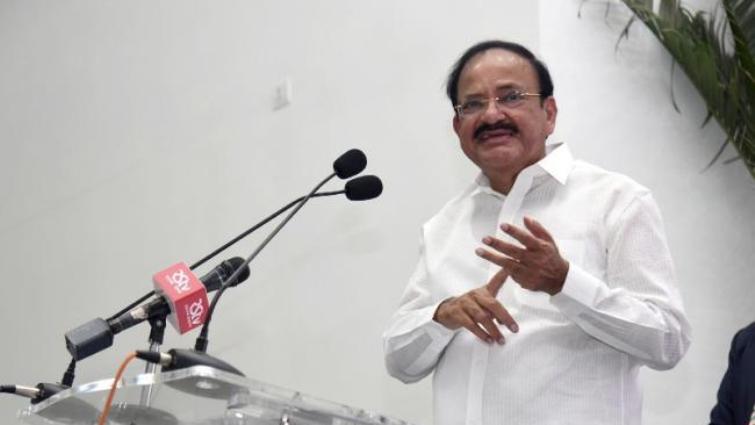 Nirbhaya case: Judgement should be implemented at the earliest, says Venkaiah Naidu

New Delhi/UNI: Expressing concern on the delay of execution of accused in the Nirbhaya gangrape case, Vice-President and Rajya Sabha Chairman M Venkaiah Naidu on Tuesday said that the judgement in Nirbhaya case should be implemented at the earliest.

Speaking in response to a Zero Hour mention by Sanjay Singh of the Aam Aadmi party, the Chairman said, 'We cannot allow this sort of thing to go on in this country. People have been given all opportunities, after all legal remedies exhausted. But by some process or the other, if this is getting delayed, all concerned must know that judgement is implemented at the earliest.'.

Warning that there is an anger and a sense of betrayal among the people of the country, Naidu said, 'The issue that is raised just now is sensitive and important. The entire country is speaking about it, people are agitated. Whatever be the reason, I do not want to take any names, but this delay, those in the system, should realise their duty and act immediately.'

In his Zero Hour mention, Sanjay Singh expressed concern on the delay in the execution of the convicts and called for intervention by the highest authorities in the country.

"Whatever happened in Nirbhaya case is bad. A fast track court was set up, punishment was also given. But then, nothing happened. There is this unusual delay. I appeal to you that they should be hanged as soon as possible. Intervene in the matter and ensure punishment," Singh said.