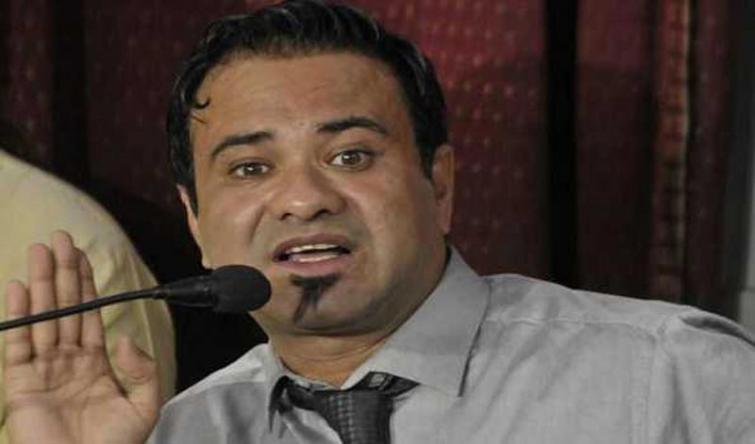 Lucknow/UNI: Dr Kafeel Ahmed Khan, a former paediatrician at the Baba Raghav Das Medical College and Hospital in Gorakhpur, was arrested from Mumbai late Wednesday night for allegedly delivering an inflammatory speech during a protest against the Citizenship Amendment Act (CAA) at the Aligarh Muslim University (AMU) in December last year.

Inspector General of Police (IG) STF, Amitabh Yash said here on Thursday that the doctor was arrested in Mumbai from the airport.

Dr Kafeel is being brought to Lucknow on transit remand, the IG said.

Yash said Dr Kafeel Khan was arrested in a case which was registered at Civil Lines Police Station under section 153 A (promoting enmity between different groups) of IPC in Aligarh on December 13, 2019.

The FIR, filed on December 13, says Dr Khan made an attempt to vitiate the peaceful atmosphere at the university and disturb communal harmony in his speech against CAA where around 600 students were present at the Sayeed gate of AMU on the evening of December 12,2019.

Two days after the case was registered against Dr Khan, there was large-scale violence at AMU, where the police were accused of indulging in high-handedness inside the campus. The police entered after permission from university authorities but were later accused of going inside hostels and randomly assaulting students and indulging in vandalism.

A fight between the police and AMU students had broken out as students tried to take out an anti-CAA march outside the campus and the cops prevented their exit from the main gate.

Dr Khan was scheduled to be present at an anti-CAA protest in Mumbai on Thursday.

Dr Khan was suspended, arrested and jailed for his alleged role in the deaths of over 60 children at BRD hospital in Gorakhpur due to alleged oxygen shortage in 2017. In September last year, a UP government report cleared him of all major accusations.