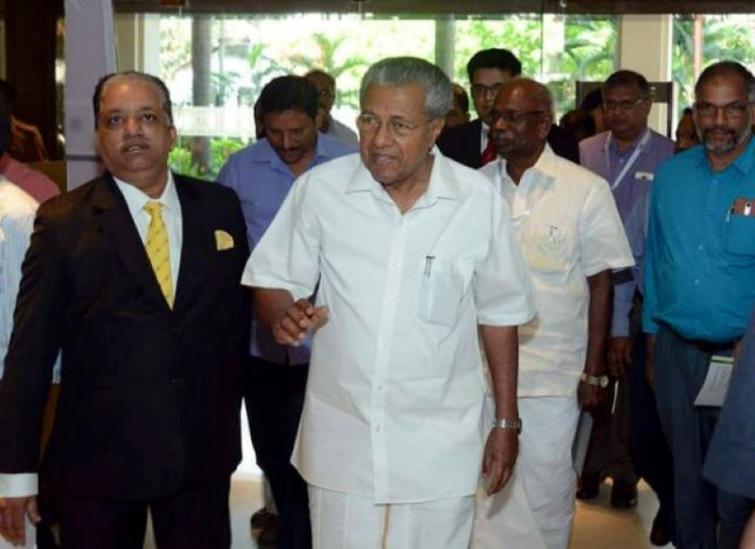 Thiruvananthapuram/UNI: The CPI(M)-led Left Government in Kerala has decided not to remove the remarks on anti-CAA (Citizenship Amendment Act) from the policy speech to be delivered by Governor Arif Mohammad Khan at the State Legislative Assembly on the beginning of the budget session on January 29.

However, the Government may not support the Opposition leader Ramesh Chennithala's demand to pass a resolution against the Governor asking the President to call him back for his support of CAA, sources said.

Meanwhile, CPI(M) leaders alleged that the Opposition Congress-led United Democratic Front (UDF) was trying to create an impression of administrative crisis in the State.

Earlier, Governor Arif Mohammad Khan expressed his strong displeasure over the anti-CAA reference in the policy speech, approved by the State Cabinet, to be delivered by him at the Assembly on the beginning of the budget session.

"A matter which is under the consideration of the Apex Court is not right to include in the speech. The State Government will be urged to remove such references from the Governor's customary speech," Arif Mohammad Khan told newspersons here on Saturday.

The Governor reacted to the issue after receiving a copy of the policy speech from the Government the other day.

Later, the State Government took a tactical stand stating that CAA is not sub-judice. Following which, the Governor was also taking legal opinions on the controversial matter citing reluctance from the Government to remove the anti-CAA reference.