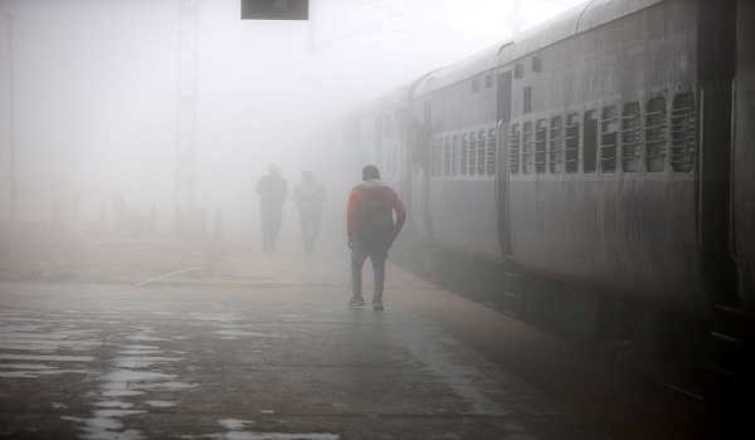 New Delhi/Lucknow/UNI: A thick blanket of fog engulfed northern India on Wednesday morning. Visibility dropped to almost zero in Delhi and Agra Airport due to the fog which led to diversion and delay of flights and trains.

At least 22 trains ran late in the National Capital. Flight operations at Indira Gandhi International Airport were affected with over 30 departures delayed. Five flights were diverted from IGIA.

Two people were killed while another sustained critical injuries when two trucks collided in Unnao district of Uttar Pradesh. Jamuna Prasad, 25 and Danish (19) were residents of Prayagraj district.

One person was killed while 10 others sustained injuries when four vehicles collided due to fog in UP's Gonda.

According to the pan-India weather bulletin issued in Pune on Wednesday evening, Delhi and Agra airports had zero visibility.

Several cities of Punjab and Haryana, including Patiala, Ambala, Hissar and Karnal, and parts of UP recorded 25-meter visibility.

Fifty-meter visibility was recorded at Lucknow and Gwalior Airport.

However, dense fog could not deter the spirit of democracy in Rajasthan where voting for Panchayat polls took place smoothly, a UNI report from Jaipur said.

A man was killed when his car was hit by a landslide on the Jammu-Srinagar national highway in Ramban district of Jammu. Shakeel Ahmad Bhat hailed from Srinagar.