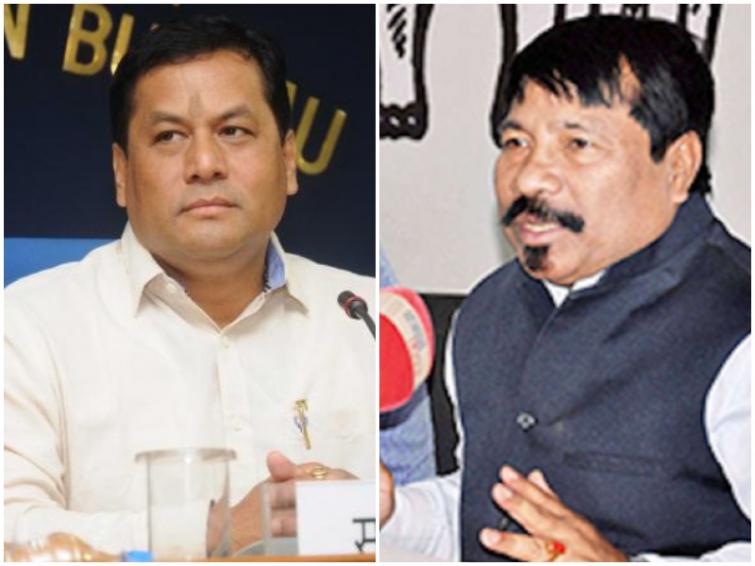 Guwahati/UNI: On the eve of introduction of the contentious Citizenship (Amendment) Bill (CAB) in the Parliament, protests have erupted across Assam, with the Chief Minister and the ruling BJP's state ally Asom Gana Parishad (AGP) being specifically being targeted.

Torch rallies were taken out across the state this evening, on the call of All Assam Students Union (AASU).

AASU activists also waves black flags in front of the chief minister's convoy in the city.

Black flags were also waved at the chief minister at Kaliabor earlier in the day.

Protests were also targeted towards the AGP and it's leaders by different organisations in the state.

AGP president and state Cabinet minister Atul Bora was confined to his Golaghat residence in the morning as protestors of Krishak Mukti Sangram Samiti (KMSS) blocked the entrance.

After police cleared the protestors, Bora left to attend a party meeting in Golaghat town, where other protestors burnt Bora's effigies.

Other AGP ministers and other leaders also faced ire of the public at different places.

The CAB, which seeks to grant Indian citizenship to religious minorities from select neighbouring countries, has been facing stiff protest in Assam and other North East states.

The AGP, which has been founded on the basis of regional politics, had exited the BJP-led state government in January when the CAB was tabled in the Lok Sabha by the previous Narendra Modi government.

It had, however, returned to its alliance with the BJP ahead of the General Elections.