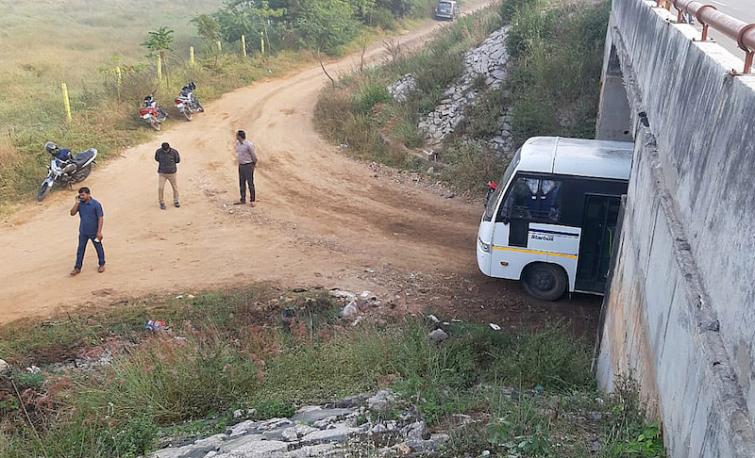 Hyderabad/UNI: Continuing their probe for the second consecutive day on Sunday, the seven-member National Human Rights Commission (NHRC) team have  recorded the statements of the father and sister of Disha(name changed) in connection with the "encounter" in which the four accused in the gang-rape and murder of the young veterinarian were shot dead on Friday.

Initially, the parents of Disha were unwilling to meet the team members who were staying at the National Police Academy near Hyderabad but the local police persuaded them and finally took Disha's father and sister to the academy.

During the 30-minute interaction with Disha's father and sister, the NHRC team members collected information regarding encounter and its aftermath.

The statement of Disha's mother who is unwell was recorded at her Shadnagar residence.

Earlier, the victim's parents charged that they were being troubled in the name of investigation. The residents of the gated community in Shadnagar where the family of Disha stays also staged demonstration against the police presence.

The NHRC team members had already interacted with the family members of the accused and examined the bodies of the four culprits in Mahabubnagar government hospital in the presence of forensic doctors and collected information from them on Saturday.

The team members also visited the spot where the charred body of Disha was found.

The team members are expected to record the statement of two policemen who were injured in the encounter later this evening at a city hospital where the injured cops are undergoing treatment.

The bodies of the four accused are preserved at the Mahabubnagar government hospital.