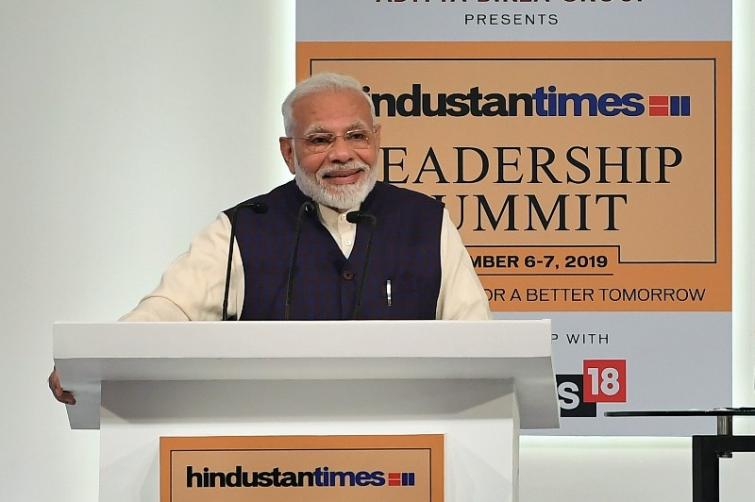 Prime Minister said that for any society or any country to progress, conversations are important.

Conversations lay the foundation for a better future, he added.

The Prime Minister asserted that Government is working on present challenges and problems with the mantra of  “Sabka Saath, Sabka Vikas, Sabka Vishwas”.

Enumerating several decisions taken by the government, Prime Minister said abrogation of Article 370 has given a new ray of hope to the people of J&K and Ladakh. Muslim women are now free from the practice of Triple Talaq, he said.

He also referred to the decision on unauthorized colonies in Delhi, which has benefited 40 lakh people. Prime Minister said several such decisions were taken for a better tomorrow, for a New India.

Prime Minister said Government is now focusing on districts which are lagging behind in many development indicators of health, sanitation and infrastructure. He said 112 districts are being developed as Aspirational Districts, with a focus on every parameter of development and governance.

He added that the Government is undertaking real time monitoring on various parameters,such as malnutrition, access to banking facilities, insurance, electricity and other amenities in these districts. Better future of these 112 districts will ensure better future for the country, he added.

He mentioned that India is among the best performers in improving Ease of Doing Business ranking. India has improved 79 ranks over the past 5 years, he noted.

Minister mentioned that India ranks 34th in the Travel and Tourism Competitiveness Index. He noted that increase in tourism activities leads to creation of job opportunities, particularly for the poor.

He spoke about the various initiatives being taken to transform the human resource. Government is working with an outcome based, result oriented approach and focusing on the time bound delivery of work, he added.

Minister said, roadmap of the Government is, “Right Intention, Best Technology and Effective Implementation for Better Future of 130 Crore Indians”.