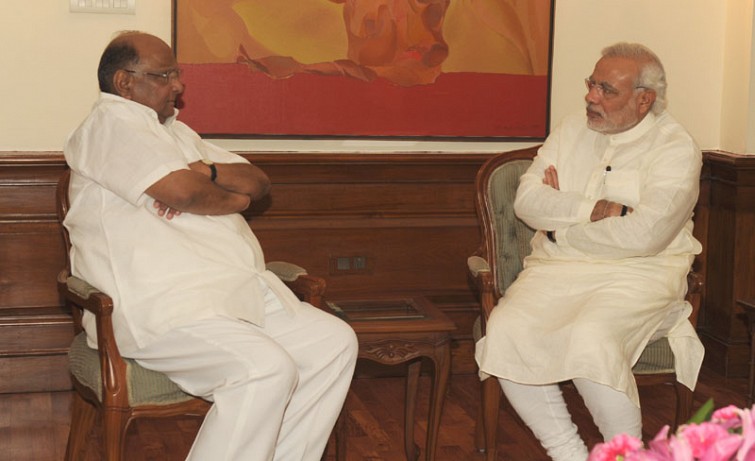 Had turned down Modi's offer of cabinet ministry: Sharad Pawar

In an interview with a Marathi news channel, Pawar said he told Modi that developing a political relation at the moment was not possible though personal bonding will remain.

Modi, as per Pawar's statement, made the offer interestingly days before the NCP chief's nephew Ajit went along with the BJP to help Devendra Fadnavis become the Maharashtra Chief Minister though the government lacked majority.

Pawar had earlier said he met the Prime Minister to discuss the farm distress prevailing in the western state, which witnessed a political crisis since the assembly poll results were out as the Shiv Sena ditched BJP after its demands of 50:50 power share in the government and rotational Chief Ministership were not entertained.

Even on the occasion of 250th session in Rajya Sabha on Nov 18, Modi heaped praises upon Pawar's party saying, "Both NCP and BJD have never gone to the well of the House, and their political success has never stopped. Every political party including my party must learn from them."

Modi's praise came after the saffron alliance broke up following the Maharashtra polls which saw the Prime Minister launching scathing attacks on the NCP-Congress alliance and even going to the extent of naming Pawar's party as "Naturally Corrupt Party".