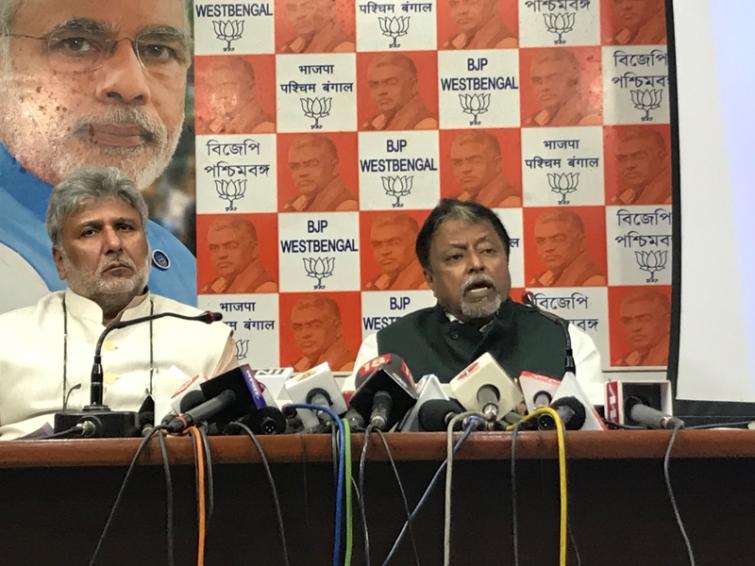 Kolkata/IBNS: In a full-fledged attack against Chief Minister Mamata Banerjee, Bharatiya Janata Party (BJP) leader Mukul Roy on Monday said the Trinamool Congress (TMC) knows that it will lose all the three assembly seats so they have resorted to violence.

"The Trinamool is sure that they will lose in all the three assembly seats so they have resorted to violence," he said while addressing a press conference here.


Roy said she has lost faith in democracy.

Holding that there was no delay in CRPF's action, Roy said, "The area domination is under the state administration which has completely failed.

So, we demand an immediate resignation of district administrator and district police super and legal action against them by the Election Commission."

Rejecting TMC's theory of BJP's infight and its intention to create violence, Roy said, "There is no BJP's connection with the incident."

Violence marred byelection in West Bengal with Jay Prakash Majumdar being attacked, beaten and kicked allegedly by a TMC man.

Today .@mamataofficial’s goons have attacked the Karimpur BJP candidate @jay_majumdar . TMC is losing this by-poll in all 3 seats but leaving a deep scar of violence & murder on the state of democracy in West Bengal. #MamataRuinsBengal pic.twitter.com/90RiM73X3M

Meanwhile, the Election Commission has sought report about the incident.