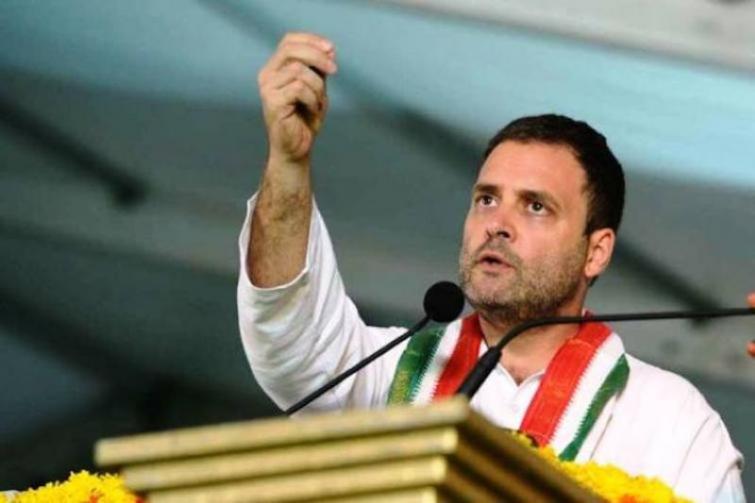 Democracy has been murdered in Maharashtra: Rahul Gandhi

Refusing to ask any question during the lower house's business, Rahul, an MP from Kerala's Wayanand, said, "I was about to ask a question but it has no meaning to ask now. Democracy has been murdered in Maharashtra."

The Congress on Monday took the Maharashtra coup to the national capital protesting against the BJP outside the parliament.

The protest is led by Congress interim president Sonia Gandhi herself who has joined her party MPs.

"Stop Horse Trading, Stop Dirty Politics," reads one of the many placards held by the Congress parliamentarians.

The twist to the Maharashtra politics came on early Saturday morning when Nationalist Congress Party (NCP) chief Sharad Pawar's nephew and party leader Ajit handed over a letter to the Governor supporting the BJP.

Ajit had claimed he had the support of 35 NCP MLAs.

Later, Pawar had called meeting and counted the heads of his party MLAs.

The NCP claims all 54 MLAs including the rebel ones have comeback to support the Sena-led government.

On Saturday night, the Shiv Sena, NCP and Congress moved the top court against the Centre's move to revoke Presidential rule in Maharashtra and Governor Bhagat Singh Koshyari's step to invite BJP leader Devendra Fadnavis to form the government.

After Sunday, the top court is hearing the case even on Monday.

The Supreme Court is likely to announce its verdict on Monday.