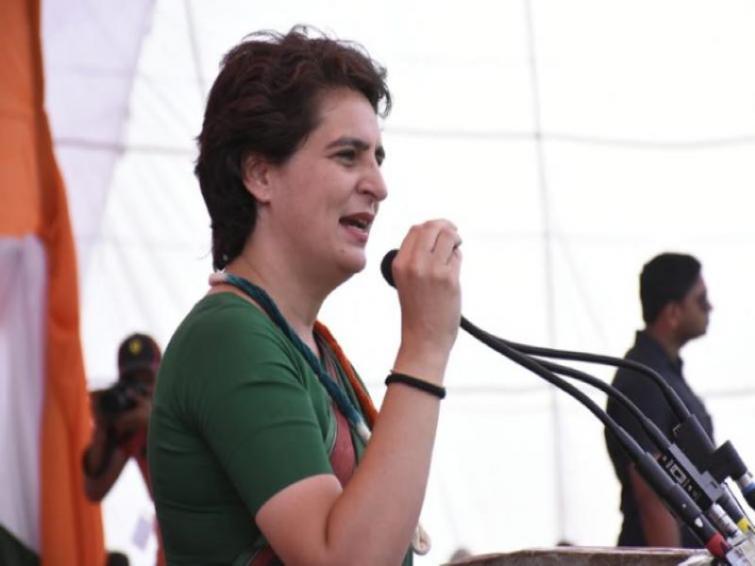 New Delhi/IBNS: Congress leader Priyanka Gandhi Vadra has slammed the government for its decision to sell its majority stake in the loss-making Air India and Bharat Petroleum, saying "Public-sector organisations are India's 'golden birds' and the pride of the country".

Quoting a popular patriotic song from a Bollywood film from the yesteryears, Priyanka tweeted in Hindi: Our organisations are our pride. These are our golden birds. The BJP government had promised to build the nation, but it is working to make the top organisations of the country hollow and selling them off. Sad."

Finance Minister Nirmala Sitharaman in an interview with the Times of India on Sunday said that the government will sell two of its loss-making enterprises Air India and Bharat Petroleum by March next year.

Sithraman had said for Air India there is a "lot of interest" among the investors.

"We are moving on both with the expectation that we can complete them this year. The ground realities will play out," Sitharaman was quoted as saying by the national daily.

In a change of process, the Centre has decided to listen to the concerns of the prospective bidders before inviting the Expressions of Interest(EoIs).

Currently, the government owns 100 per cent stake in Air India. Its bid to unload 76 per cent of its share failed last year when it did not receive a single EoI.

According to media, a Centre for Asia Pacific Aviation reports had revealed that the prospective buyers feared government interference with its 24 per cent stake. The issue has now been resolved, said an NDTV report.

Air India has piled operating losses of Rs 4,600 crore owing to rising oil prices and forex losses, but senior officials have expressed hope that it will be operationally profitable in the year 2019-20, the report said.

As for Bharat Petroleum, the government plans to sell off 53.29% stake following a decision of a group of secretaries. The PSU has a market
capitalisation of around Rs 1.02 lakh crore and with the sale of more than half of its stake the government plans to get around Rs 65,000 crore which will help it achieve the major part of its sell-off target.