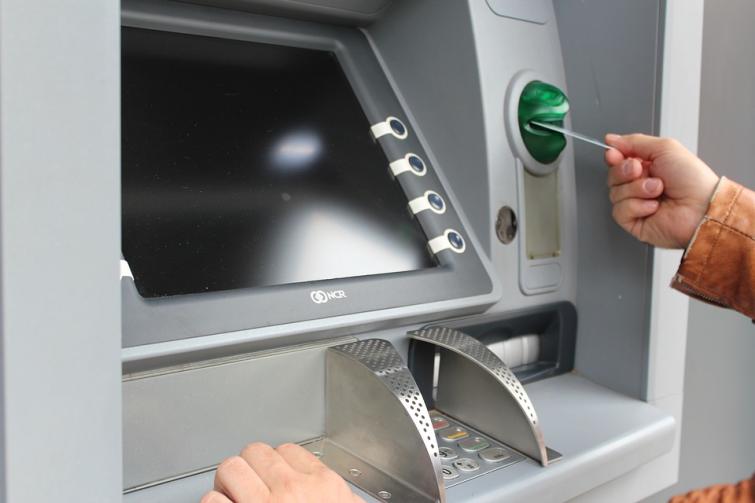 Agartala/UNI: As many as four foreign nationals – two belong to Turkey and two others from Bangladesh have been arrested this morning in Belgharia of central Kolkata in connection with hacking of a few hundred Indian bank accounts including cloning of ATM cards of about 60 SBI customers of Tripura.

With the report of large scale hacking of bank accounts in Tripura, look out notice against two Turkey nationals was issued yesterday by crime branch of Assam police, a team of cyber cell of Calcutta police has detained four infamous hackers responsible for looting money from ATM accounts of private individuals from six cities including Agartala across the country.


“The hackers including these four have pulled out a few crore of rupees from more than 1,788 bank accounts in last few months from different cities of India. And about Rs 1.19 crore was looted out from account holders of Tripura between November 15 and 17 last compromising the security of different banks including SBI,” said a senior police official here.

He said following the countrywide uproar over ATM heist, the crack team of Calcutta police raided a hideout in Calcutta's Belgharia area early in the morning and nabbed two Turkish hackers identified as Hakan Zanburkan and Fettah Aldemir.


Based on their statement, later police have also arrested two Bangladeshi nationals Mohammed Hannan and Mohammed Rafiqul Islam from nearby locality. According to police here, the quartet of hackers have confessed their involvement in cloning of ATM cards and hacking accounts to loot money in cities like Mumbai, Delhi, Deharadun, Calcutta, Guwahati and Agartala.


A four member team of cyber crime branch of Tripura police today rushed to Kolkata to bring back the four hackers to Agartala after all legal formalities there. The hackers had used ATM skimming device to cloning cards to hack accounts by using a very sophisticated software technology with which one can have power grids paralyzed and even satellites crashed, police said.


However, SBI local authority has announced to return entire money of the customers, which have been looted by compromising their security and also assured that all necessary steps have been taken on emergency basis to protect the interest of the customers.


The joint team of Tripura, Assam and Kolkata police verifying the CCTV footage found identified the fraudsters who had committed the same fraud in Guwahati in August this year. The Crime Branch of Guwahati Police Commissionerate had issued a ‘Look out notice detailing their passport and visa details.


In Assam, they were involved in 46 cases and the Assam banks’ money was withdrawn from Mumbai and other places. Cyber Crime wing SP here Sharmistha Chakraborty told media that, the preliminary established that Turkish nationals who had taken out lakhs of rupees of bank customers what they did in Assam. However, for last three months the duo remained untraced and, ostensibly, were moving in the country, especially in Northeast and West Bengal and carrying out their cloning operations with impunity.


They had come to Tripura, stayed here, perhaps, for some days and implanted skimmer and cameras in the ATMs in the city heart and then went back to Kolkata only to empty out depositors’ money. The fraudsters had attached skimmers devices in several ATMs in the city on Friday.


An artificial intelligent device kit was put on ATM’s key pad and a thin cloning device was attached in the card punching point of the machines at a time in several booths. The devices were able to clone the cards as soon as it punched and key pad device enabled to transmit the PIN of the customer as soon as it pushes for transaction.


The allegation of similar cloning of cards was reported from some POS machines including branded food and shopping outlets. As a result, once card is punched in the particular ATM or swipe in POS machines, soon after transaction the details have got accessed to the fraudsters and they pulled out the money from those accounts afterwards.