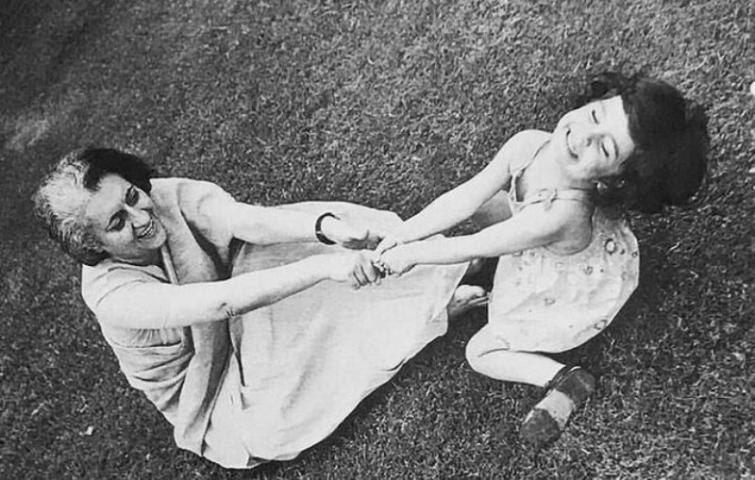 New Delhi/IBNS: Grandaughter Priyanka Gandhi Vadra posted a memorable image and penned down a poem to pay her tributes to former Indian PM Indira Gandhi on her birth anniversary.

In the black-and-white image, Priyanka could be seen playing with her grand mother Indira Gandhi.

In memory of the bravest woman I have known. #IndiraGandhi

“In the fell clutch of circumstance
I have not winced nor cried aloud.

Under the bludgeonings of chance
My head is bloody, but unbowed. pic.twitter.com/ifmXkighYo

She described the former Indian PM as the ' bravest woman'.