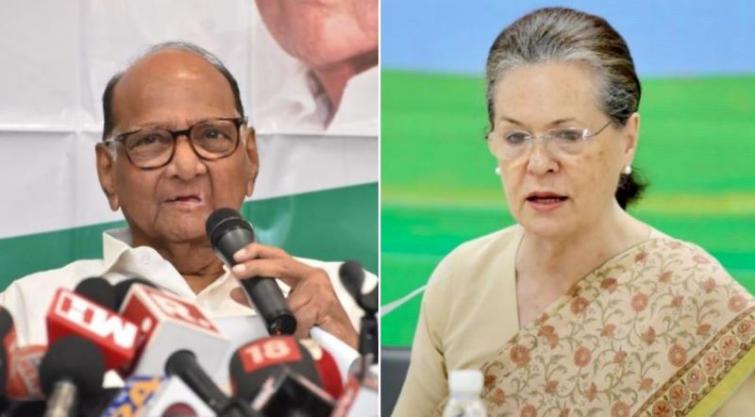 The NCP chief will fly to Delhi from Mumbai on Sunday evening, the sources said.

The meeting is scheduled to discuss the next course of action by Congress and NCP over forming a coalition government with the Shiv Sena in Maharashtra.

According to reports, the three parties have agreed on a minimum agenda and will meet with Governor Bhagat Singh Koshyari on Saturday.

"Congress alone can't decide things. NCP chief Sharad Pawar and AICC president Sonia Gandhi will sit together on 17 November and discuss the next course of action. They will decide how to solve this problem. After that, other actions will follow," Kharge was quoted by news agency ANI as saying.

After days of political stalemate followed by the Presidential rule in Maharashtra, Nationalist Congress Party (NCP) chief Sharad Pawar on Friday said his party along with Shiv Sena and Congress will form the next state government.

The three parties, which have agreed upon a common minimum programme, are likely to meet Governor Bhagat Singh Koshyari on Saturday.

Regarding Sena's insistence on assuming the Chief Minister's post, the NCP chief said, "We will think about it."

However, NCP spokesperson Nawab Malik said, "The Shiv Sena should get the Chief Minister's post. They were disrespected by the BJP."

In a similar tone, Sena MP Sanjay Raut said, "The government will be formed by Shiv Sena, NCP and Congress. The Chief Minister will be from the Sena."

The political stalemate occurred after the Sena demanded an equal share of ministries and rotational Chief Ministership which were denied by its ally Bharatiya Janata Party (BJP). The two saffron parties parted their ways after fighting and winning the state polls in an alliance.

After the BJP refused to stake claim to form the government, Koshyari had given chance first to Sena and then to NCP to stake claim but both the two parties were unable to do. Prior to the end of the deadline given to the NCP, the Governor striking a row sent a report to the Centre seeking Presidential rule in the state.