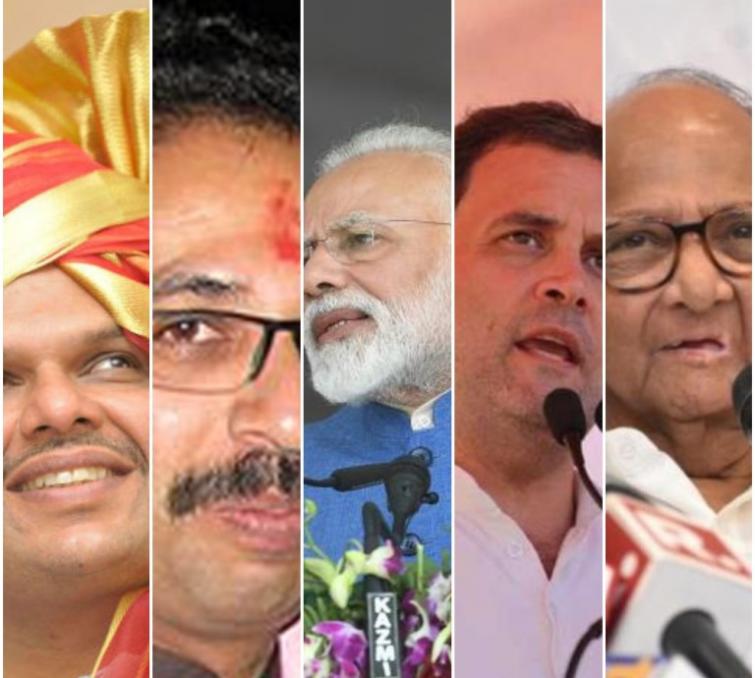 New Delhi/IBNS/UNI: As the Assembly Elections come to an end in two crucial states of India, the ruling Bharatiya Janata Party (BJP) will continue in power comfortably in Maharashtra and Haryana, exit polls showcased on Monday predicted.

According to Times Now exit poll, BJP-Shiv Sena will win 230 seats followed by Congress at 48 seats and others with 10.

Exit poll conducted by India Today-My Axis said the NDA will bag 166-194 seats while Congress and its allies will win 72-40 seats.

CNN-Ipsos exit poll predicted 243 seats for BJP-Sena combine, 41 for Congress and its allies and others with 4 seats.

The exit poll by NDTV predicted 211 seats for BJP-SS while Cong-NCP was set to win 64 seats and others at 13.

A party needs 145 seats for a majority.

A total of 3237 candidates from a host of parties besides independents are in the fray.

In Haryana, the BJP is likely to win 66 of 90 seats and the Congress may be limited to 14, NDTV exit poll suggested.

The majority mark was 46 in Haryana.

Meanwhile, Maharashtra witnessed 44.61 percent turnout of voters while in Haryana, the voter turnout till 5 pm stood at 53.78 percent.

In Maharashtra, 288 seats are up for grab as Chief Minister Devendra Fadnavis-led Bharatiya Janata Party (BJP) is in an alliance with bitter-sweet ally Shiv Sena to contest the state polls opposite the Congress-Nationalist Congress Party (NCP) alliance.

After casting his vote, Fadnavis said, "I have voted with my family. I urge all voters to cast their votes."

In a similar message, Shiv Sena leader Uddhav Thackeray said, "I urge all voters to turn up and cast their mandates." For the first time in Thackeray family, Uddhav's son Aaditya is contesting the Maharashtra polls from Worli, emerging as a new leader in the state politics.