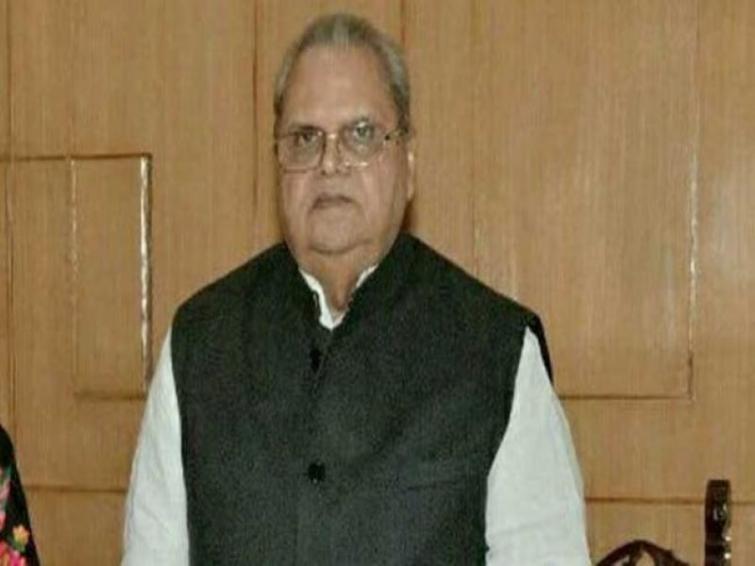 If Pakistan doesnâ€™t mend its ways, we will cross LoC once again: Satya Pal Malik

Srinagar/IBNS/UNI:A day after Indian Army destroyed the terror camps in Pakistan Occupied Kashmir(PoK), Jammu and Kashmir Governor Satya Pal Malik issued a warning to  Pakistan, saying the Indian forces will neutralize  all the terror hubs operating from the other side of the border and if required the Indian soldiers will cross the LoC once again to erase the terror hubs.

Following the action by Indian troops, the Jammu&Kashmir governor on Monday said, “We will completely eliminate the terror camps. If they(Pakistan) doesn’t mend its ways, we will cross the border once again.”

On Sunday, Army Chief Vipin Rawat had apprised about Indian Army’s retaliatory action after Pakistan in the morning violated the ceasefire and resorted to indiscriminate firing, in which two soldiers and a civilian were killed and three villagers were injured at Tangdhar sector in the frontier district of Kupwara.

''On the basis of reports, 6-10 Pakistani soldiers have been killed, three camps destroyed and a similar number of terrorists killed. Indian troops used Artillery guns to target the militant launch pads near LoC.

''Ever since Article 370 was abrogated from J&K, we have been getting repeated inputs of infiltration by terrorists from across the border to disturb peace & harmony in the state.''

He also accused some people of destabilising the state.

“Gradually, things are returning to normalcy in the valley but obviously there is somebody who is working behind the scenes at the behest of terrorists and agencies that are some within and some outside country in Pakistan and PoK, who're trying to disrupt the peaceful atmosphere,” he added.

He said that the Indian Army had information that terrorists were inching towards Indian camps in Jammu and Kashmir.

“Of late, we had info that terrorists are coming closer to camps in the forward areas. In the last 1 month, we have seen repeated attempts from different sectors to infiltrate terrorists,” Gen Rawat said.

He also said that severe damage was done to terrorist infrastructure across LoC.