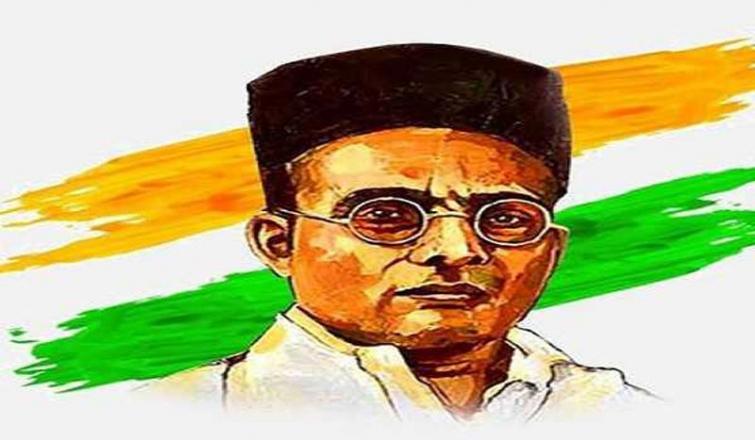 In a major poll promise, the ruling saffron party made a strong pitch for honouring Late Savarakar and two other off-springs of Maharashtra Savitribai Phule and Jyotiba Phule with the country's highest civilian award.

The 'Savarkar' name has always courted political controversies in Maharashtra and yet again the mudslinging would start.

Congress has more often questioned the BJP's intent to describe Veer Savarkar, one of the early proponents of Hindutva-nationalistic politics, as a 'patriot' and has maintained that he was released by Britishers during freedom struggle after a clemency plea in 1937.

For obvious reasons, both in Maharashtra and in northern state of Haryana, the nationalism agenda of the saffron party has come to the fore as a major poll issue especially in the wake of the Modi government's decision to do away with the Article 370 in Jammu and Kashmir.

The party leaders are taking the line that Prime Minister Narendra Modi and BJP chief Amit Shah (also the Union Home Minister) have given a clear message and a befitting reply to those who were endorsing militancy.

In both the states, BJP is in power and is quite 'confident' of making a comeback given the perceived disgruntlement in the opposition camp.

Moreover, in the context of Maharashtra politics, the BJP also had political compulsion as its ally Shiv Sena has been a strong advocate of the line - 'Bharat Ratna for Savarkar'.

"If Veer Savarkar would have been the Prime Minister of this country then Pakistan would not have even born. Our government (PM Narendra Modi-led regime) is a Hindutva government and so I demand Bharat Ratna for Veer Savarkar," Shiv Sena chief Uddhav Thackeray had said in September and thus BJP's pre-poll announcement can be easily linked to Sena's rhetoric too.

The elections in Haryana and Maharashtra would be first electoral contest since August 5 when the Modi government scrapped the special provision and also bifurcated Jammu and Kashmir.