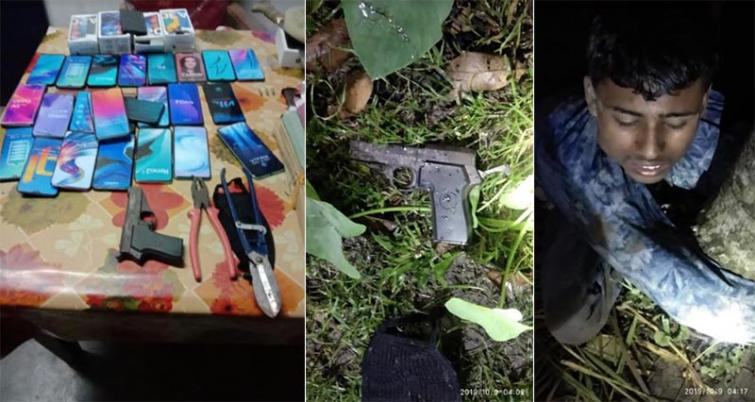 The police recovered 25 mobile phone handsets and other sharp weapons in possession from him.

According to the reports, the Village Defence Party of Sonaibari village under Rupahihat police station spotted two suspected persons in the area and asked them to stop.

When the Village Defence Party chased them, they fired and the VDP personnel managed to catch one among two.

The VDP personnel immediately informed local police and a police team rushed to the area.

The police team recovered one .22 mm pistol with three rounds live ammunition, 25 mobile phone handsets and sharp weapons in possession from him.

The arrested dacoit was identified as Jahirul Islam.

Police have suspected that the recovered mobile phone handsets were stolen.