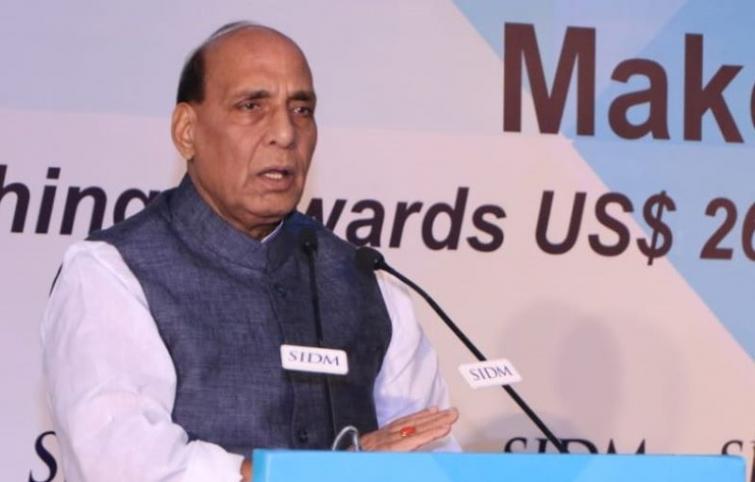 New Delhi, Oct 5 (UNI) Defence Minister Rajnath Singh on Saturday approved the enhancement of monetary assistance to Next of Kin (NoK) of all categories of battle casualty from Rs two lakh to Rs eight lakh, a release from the Defence Ministry said.

The amount will be granted under Army Battle Casualties Welfare Fund (ABCWF).

The ABCWF was set up under Department of Ex-Servicemen Welfare (ESW), Ministry of Defence after a large number of people offered to provide monetary assistance to the families of battle casualties following an incident in February 2016 at Siachen, wherein 10 soldiers were buried in an avalanche. The ABCWF was instituted in July 2017 and was implemented retrospectively with effect from April 2016.

The fund was created under the Charitable Endowments Act, 1890. A Bank Account bearing No. 90552010165915 was opened in the South Block Branch of Syndicate Bank, New Delhi for public to deposit money.

This fund is in addition to the various existing schemes for the welfare of NoK and children of battle casualties in form of additional ex gratia.

Rs 60,000 under Death Link Insurance Scheme, DLICS (JCO/ORs), Rs 15,000 under Army Wives Welfare Association (AWWA), full reimbursement of tuition fees for wards, up to 70 per cent concession on railway tickets and marriage grant for daughters, widow remarriage and orphan son’s marriage of battle casualties (fatal) and physical casualties (fatal) are also among the immediate and long-term assistance provided by the ministry.

Earlier, when Mr Singh was Home Minister, he had launched ‘Bharat ke Veer fund’ to assist families of paramilitary personnel killed or injured in action. The fund became hugely popular within a short span of time and received widespread support from all quarters.