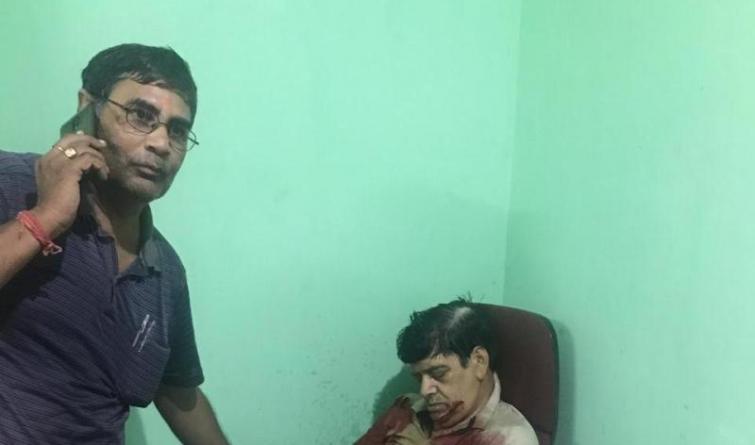 Guwahati, Sept 12 (IBNS): A man was shot dead by unidentified assailants in Guwahati on Thursday evening.

The incident took place at Kumarpara near Athgaon area in the capital city of Assam where a group of 4 to 5 miscreants shot an employee at Jagadamba Iron and Steel Industries Pvt Ltd from point-blank range.

The injured person identified as Shyam Sharma was rushed the Marwari Hospitals in Athgaon area and later referred to ApolloHospitals, where he succumbed to his injuries.

Following the incident, top police officials have rushed to the spot and started investigation.

Meanwhile, police have detained a person.

A relative of the deceased person said that five persons came and fired him from point-blank range.

On the other hand, Joint Commissioner of Guwahati city police Devraj Upadhyaya said that – “during preliminary investigation we suspected that, the shooters were hired in this case.”

“We suspected that, hired criminals had conducted the crime. We have started technical investigation. We have also called dog and technical team of the CID,” the police official said.