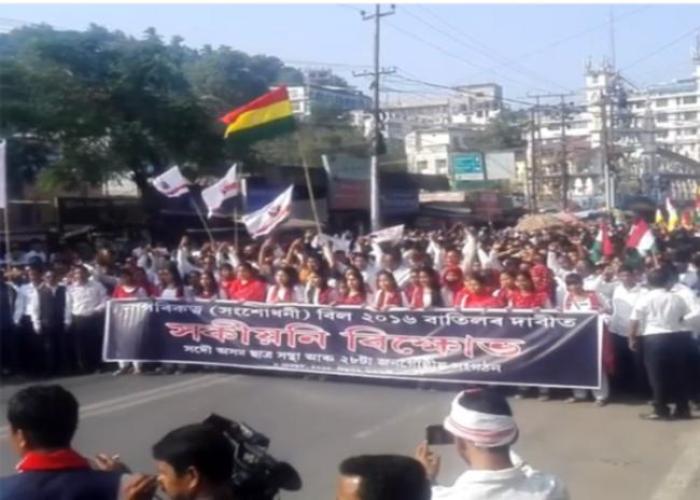 Guwahati, Aug 30 (IBNS): Assam is all set to publish the final list of the National Register of Citizens (NRC) on Saturday, which will identify the bonafide citizens of the state.

Over 41 lakh people of the state now stare at uncertain future ahead of the final list publication.

Around 40.07 lakh people were left out from the complete draft of NRC and nearly 36 lakh people have filed their claims for including their names in the final NRC.

What is the NRC?

The National Register of Citizens (NRC) is the list of Indian citizens.

The 1951 NRC is now being updated in Assam to identify the illegal foreigners residing in Assam.

The NRC updating process is going on in Assam under the Assam Accord signed in 1985.

People whose names appear on the 1951 NRC.

People whose names appear on any voter list in Assam up to March 24 midnight, 1971 and descendants.

People who came from Bangladesh between January 1, 1966, and March 24, 1971, registered themselves with the Foreigner Regional Registration Office and were declared by the Foreigner Tribunal as Indian citizens.

The Indian citizens including their descendants who moved to Assam after March 24, 1971 (they need to furnish proof of residence in another part of the country as on March 24, 1971).


When did NRC updating process start in Assam?

The Supreme Court got involved in the NRC process in 2009 after the apex court accepted a writ petition filed by an organisation Assam Public Works for deletion of illegal migrants’ names from the voter lists in Assam.

In June 2010, the Assam government had started two NRC pilot projects in two blocks in Kamrup and Barpeta district but were stopped the following violence.

In July 2011, the Assam government had set up a cabinet sub-committee to simplify the NRC updation procedures.

In 2014, the apex court directed the government to resume the NRC updating process and the court will monitor the entire process.

In 2015, the NRC application forms distribution and receipt process started.

Acceptance of applications ended on August 31, 2015 and the verification process started on September 1, 2015.

The NRC authority has set up around 2500 NRC Seva Kendras (NSKs) across the state.

Around 3.29 crore applicants had submitted around 6.6 crore documents for inclusion their names in the list.

The part publication of draft NRC was published December 31, 2017 midnight by including around 1.90 crore people out of 3.29 crore applicants.

Around 55,000 state government employees have been engaged in the entire NRC process.

Around Rs. 1300 crore has been utilised in the process.