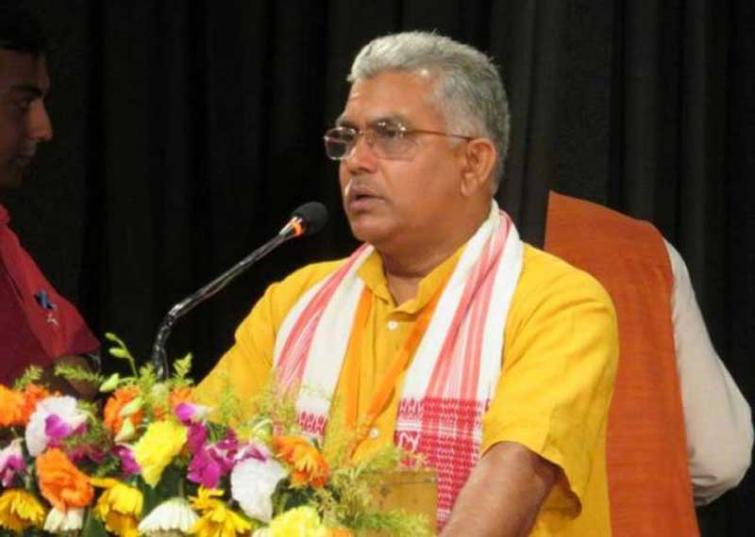 Kolkata, Aug 30 (UNI) West Bengal Bharatiya Janata Party (BJP) chief Dilip Ghosh was allegedly attacked by a group of people on early Friday when he was out for a morning walk at Lake Town in the city.

Ghosh was scheduled to attend a 'Chai Pe Charcha' meet in the area near his residence when he was suddenly surrounded by a mob who allegedly attacked him.

The BJP alleged the attackers belonged to the Trinamool Congress.

Ghosh was later escorted by BJP supporters out of the area.

Ghosh accused TMC supporters of the incident and said two BJP workers along with him sustained injuries in the attack.

This was not the first time as earlier too Mr Ghosh faced attacks several times.