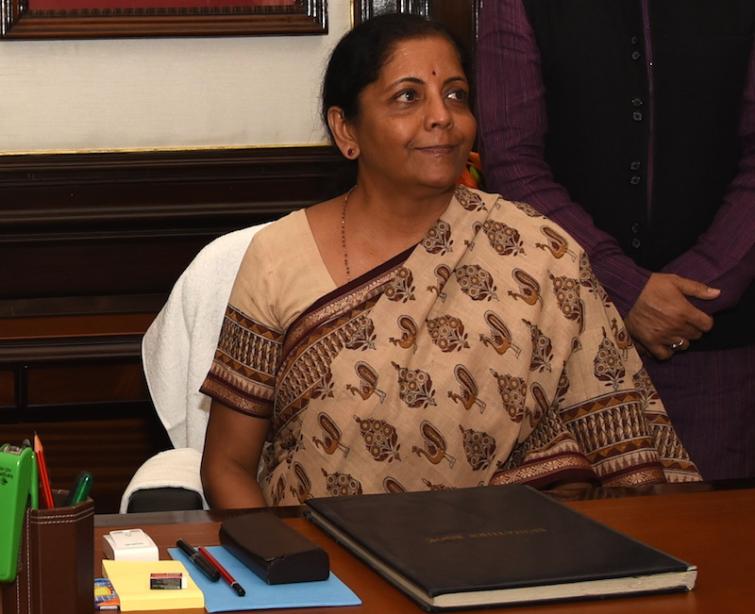 New Delhi, Aug 23 (UNI) In a scathing attack against Finance Minister Nirmala Sitharaman over the economic crisis and her statement which compared Indian economy with China and US, the Congress on Friday said that India needs of a Finance Minister who has basic understanding of economics.

Taking on Ms Sitharaman, the grand old party said, "you cannot make a growth rate comparison without looking at base levels".
"India is in dire need of an Finance Minister with a basic understanding of economics. Our growth rate may be higher than US and China, but they are a $21 trillion and $14.8 trillion economies respectively, we are $2.8 trillion", the Congress tweeted moments after the Finance Minister's announcements to boost the economy.
In the context of various reports that economy is in deep crisis, Ms Sitharaman, in her address said that India is maintaining the reform momentum and GDP growth continues high above other countries, including the US and China.


'GDP growth of India continues to be high above other countries. Consumption growth is down in not just emerging but also advanced economies. Volatile situation has developed in global trade,'' she said.


The Congress, however, said that the Finance Minister conveniently ignored the simultaneous destruction caused by demonetisation and GST and blamed global situation for the economic slow down.


"Finance Minister says India's economy is down because of global situation - conveniently ignoring the simultaneous destruction by Demonetisation & GST", the party tweeted.


The Congress further said that "she may have also forgotten that in 2008 during the global recession, our economy remained stable because of Dr. Manmohan Singh's policies".

Rs 70000cr bank recapitalization plan raises questions:
Fiscal deficit is much higher than what the govt's budget indicated (CAG), what will this do to the fiscal situation?
Will the middle class taxpayers pay for all this?
Will the govt share results of past recapitalizations?


Referring to Ms Sitharaman's statement that "Pre-budget position has been restored", the Congress further alleged that the Finance Minister has back tracked on several provisions presented in her maiden budget.


"Essentially, the FM has back tracked on several provisions presented in her maiden budget. Only thing that remained the same: no mention of job creation then, no mention today either", the party tweeted.