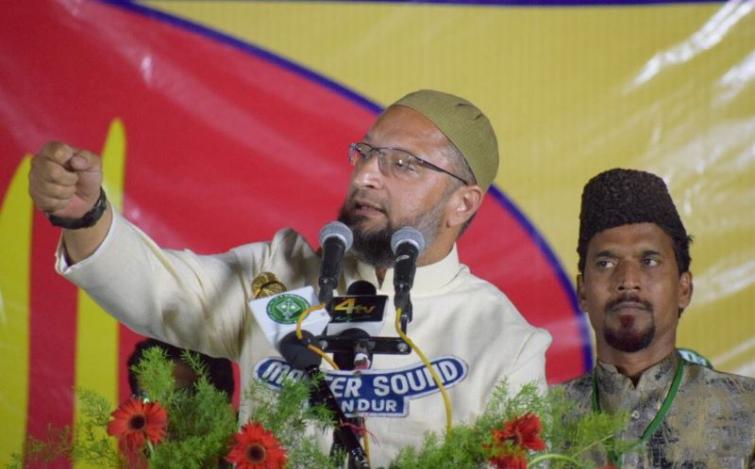 Do you want another Mahabharat? Asaduddin Owaisi attacks Rajinikanth for praising Modi-Shah

He has also asked who would be Pandavas and Kauravas if Modi and Shah are Karan and Arjun respectively. Notable, the names mentioned by Rajinikanth and Owaisi are mythological characters in epic Mahabharat, which saw a huge battle.

Rajinikanth made the comment supporting the Bharatiya Janata Party (BJP) government's latest step to do away with the special status of Jammu and Kashmir by abrogating Article 370 of the Indian constitution.

Owaisi, who was speaking at his party office on Tuesday night, said people of Jammu and Kashmir should be allowed to come out of their houses if they are happy as claimed by the Centre.

The night before the major announcement done by the BJP government, curfew was imposed in Jammu and Kashmir and several Kashmiri leaders including former Chief Ministers Omar Abdullah and Mehbooba Mufti were kept under house arrest.

Later, Abdullah and Mehbooba were detained. They are yet to be freed.

Though a petition was filed in the Supreme Court seeking the lifting of clampdown in Jammu and Kashmir, which has also been bifurcated into two Union Territories by the Centre, the top court has refused to intervene in the matter. It said the central government should be given time to ensure normalcy in the valley as the situation out there is sensitive.