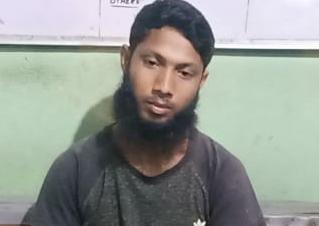 According to the reports, based on intelligence input about presence of the JMB cadres, Barpeta district police launched operations and arrested the trained JMB cadres from different locations of the district.

Barpeta district Superintendent of Police (SP) Robin Kumar said that, the police had launched operation at Bhabanipur area and arrested one JMB cadre and recovered one country made revolver and four rounds ammunition in possession from him.

“We had received information that, three JMB cadres were in the district and launched operation at Bhabanipur area where we had arrested one JMB trained cadre named Hafizur Rahman. We had recovered one country made revolver and four rounds ammunition in possession from him. We had arrested two more JMB trained cadres from different locations in the district and they were identified as Yakub Ali and Sariful Islam,” Robin Kumar said.

It is to be mentioned that, Assam police and other security agencies had earlier also arrested dozens of JMB cadres in Barpeta district and other Lower Assam areas.