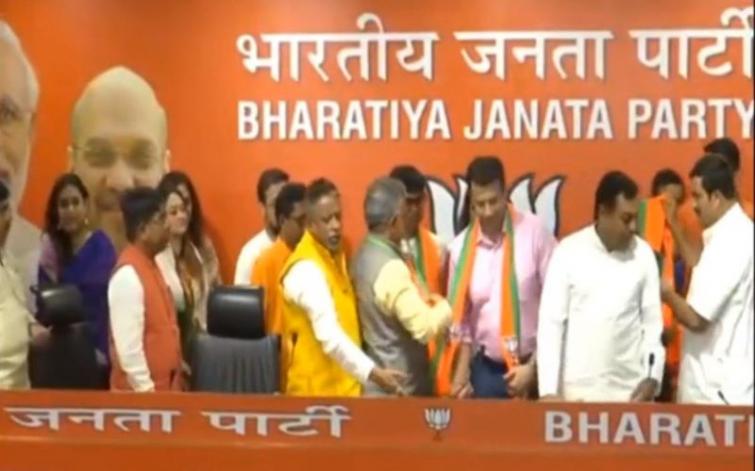 All the actors joined the BJP formally at the party headquarters in New Delhi in presence of BJP leaders Sambit Patra, Dilip Ghosh, Mukul Roy, Swapan Dasgupta and Subhas Sarkar.

Speaking on the occasion, Bengal BJP chief Dilip Ghosh said: "Joining the BJP is a risky proposition... some councillors who joined the party earlier haven't been able to return to their homes in Bengal because cases were immediately slapped against them."

"I respect their bravery," Ghosh said of the people who joined the BJP today.

The BJP, which has made huge inroads in West Bengal in the Lok Sabha polls 2019, has two Bengali actresses — Rupa Ganguly and Locket Chatterjee — in the top West Bengal leadership.

While Rupa is a Rajya Sabha MP, Locket has won the Lok Sabha polls this year from the Hooghly constituency.