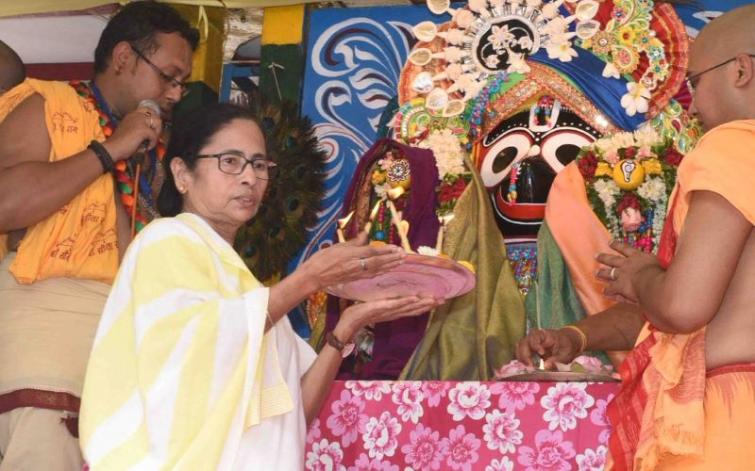 "True religion is that one which accepts all people. Religion is universal. Let there be a triumph of good thought, humanity, civilisation and unity and harmony," the Chief Minister said.

Mamata, who heads the Trinamool Congress (TMC), often accuses her prime opponent party, the Bharatiya Janata Party (BJP), of dividing the country on the basis of religion. 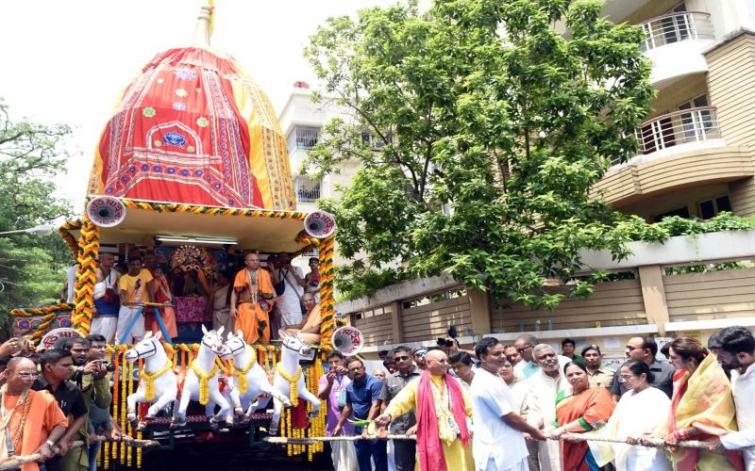 On Thursday, she was accompanied by her party's newly-elected Lok Sabha MP Nusrat Jahan and her husband Nikhil Jain, Tollywood actor Soham Chakraborty and other celebrities and ISKCON followers.

Earlier she had wished people on Twitter saying, "Heartiest greetings to all on the auspicious occasion of #RathYatra. Jai Jagannath"

Heartiest greetings to all on the auspicious occasion of #RathYatra. Jai Jagannath

Later in the day, she had also attended the Rath Yatra festival at Mahesh in Hoogly.

The festival is widely prevalent in eastern India.