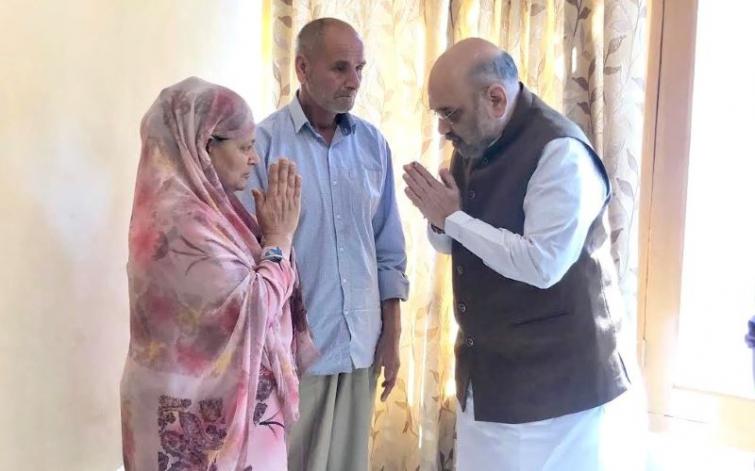 Shah, who is on a two-day visit to Kashmir valley since Wednesday afternoon, was accompanied by top security force officials to the Balgarden Karan Nagar residence of Khan.

The Union Home minister met the family members of SHO and expressed his condolences.

All roads leading to the house of the SHO were sealed since early on Thursday morning.

Khan was critically wounded in a fidayeen attack at K P Road Anantnag on June 12 in which five Central Reserve Police Force (CRPF) personnel were killed and four others wounded. A woman was also injured in the attack. The lone militant was also killed by the security forces in the retaliatory firing. However, he was not identified but a local militant outfit Al-Umar claimed responsibility for the attack.

Khan was admitted to All India Institute of Medical Sciences (AIIMS), New Delhi where he succumbed on June 16.

This was the first major attack by militants since the Pulwama attack in February this year in which over 40 CRPF personnel were killed and several others injured.