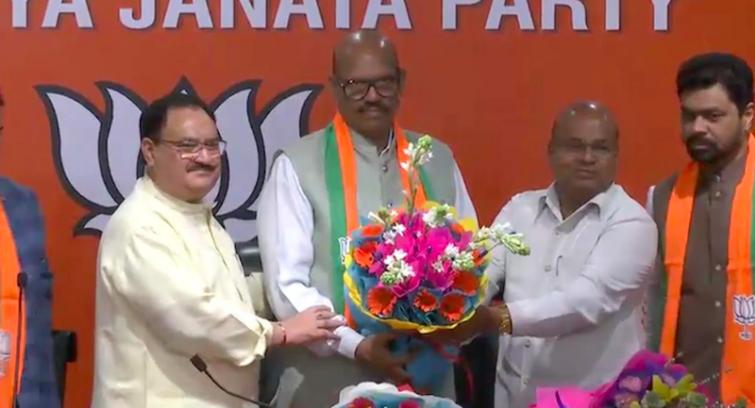 New Delhi, Jun 20 (IBNS): Four of the six TDP MPs in the Rajya Sabha joined the BJP on Thursday.

The four MPs -  C.M. Ramesh, Garikapati Mohan Rao and T.G. Venkatesh - met Vice President Venkaiah Naidu, who is also the Rajya Sabha chairman, this evening and and gave him a letter that said they had "decided to merge" the TDP's Legislature Party with the BJP with immediate effect.

“Inspired and encouraged by the impeccable leadership of Narendra Modiji and the devleopment policies being pursued by him in the overall interest of the nation, we have decided to merge with the BJP with immediate effect,” Hindustan Times quoted the letter as saying.

TDP president N. Chandrababu Naidu, who is now in the US, said this crisis was nothing new.

"We fought with the BJP only for Special Category Status and the state's interests. We sacrificed Central Ministers for Special Status," news agency ANI quoted Naidu as saying.