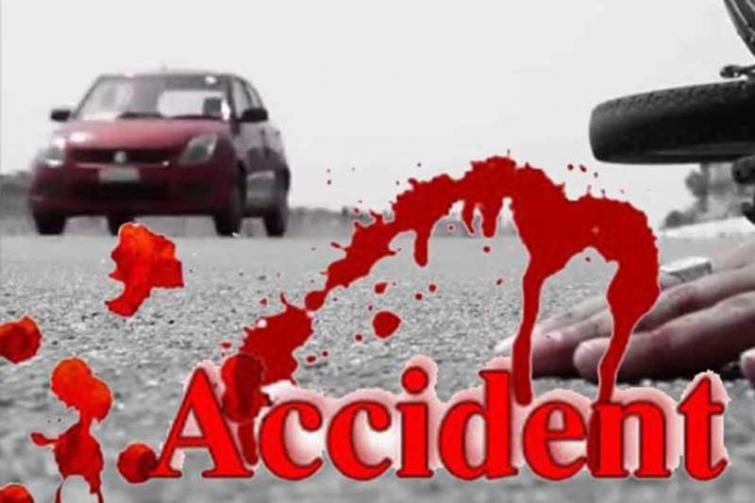 Palakkad, Jun 9 (UNI) At least eight people were killed after the ambulance collided head-on with a lorry at Thannissery in Palakkad district here on Sunday.

Police said the ambulance was heading to Palakkad Government District hospital with seven people in which a few have been injured when the car in which they were travelling fell into a gorge at Nelliayampathy.

The injured have been brought to a hospital in Nenmara by a KSRTC bus and provided the fist aid. Later, they were referred to the hospital in Palakkad for further treatment.

The seven people, including the injured in the car accident and a few of their relatives who came from their native, Pattambi, after knowing the accident, left for Palakkad in the ambulance which collided hit on with the lorry carrying fish killing all of them including the driver on the spot.

The victims were identified as Subair, Nazer, Favas, Shafi, Umer Farooq, Sulaiman, ambulance driver Sudheer, and one more is yet to be identified.