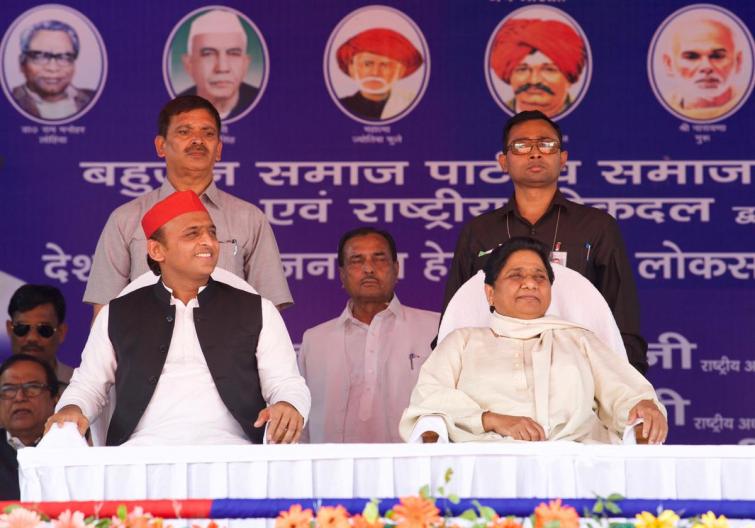 Lucknow, June 3 (IBNS): It seems that the grand alliance formed between the Bahujan Samaj Party and the Samajwadi Party may be over as Mayawati has decided to contest the by-polls in Uttar Pradesh alone.

Mayawati has indicated that the alliance with Akhilesh Yadav is over and that her party BSP will contest upcoming UP by-polls alone, sources told NDTV.

The Samajwadi Party and the BSP formed the grand alliance to contest the Lok Sabha polls together in Uttar Pradesh.

The Bharatiya Janata Party, however, performed strongly in the polls in the politically crucial state.

India Today reported that Mayawati, who held a review meeting with office bearers and senior leaders of the BSP, has blamed Akhilesh Yadav for not being able to stop the division of Yadav votes during Lok Sabha election 2019.

In the Lok Sabha polls, the BJP won 62 seats. The alliance managed to win only 15.