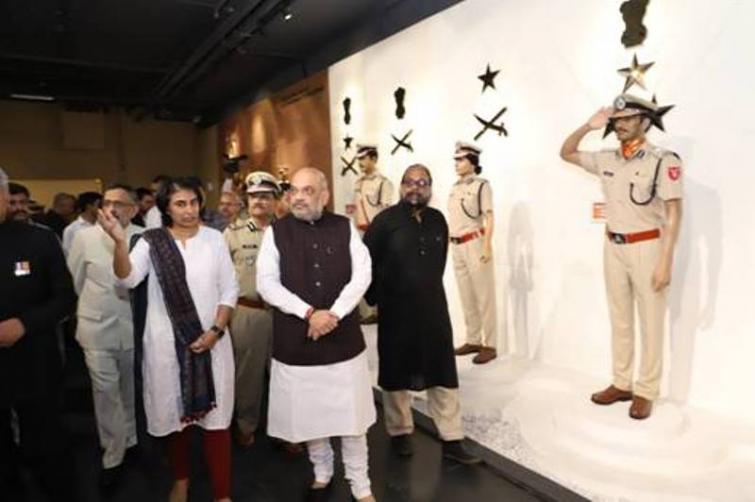 It was significant that the visit to NPM was Amit Shah's first public engagement after assuming charge of the Ministry of Home Affairs yesterday.

He was received at the Memorial by the Union Home Secretary Rajiv Gauba, Director IB, Rajiv Jain, Directors General of Central Armed Police Forces and other senior officers.

Amit Shah laid a wreath at the 30 feet tall central sculpture as a mark of respect to the sacrifices made by police personnel in the service of the Nation since Independence.  Earlier, the guards presented a salute to the Home Minister.

Amit Shah also visited the National Police Museum located at the basement in the complex. Officials explained to him various exhibits depicting police history, valour and achievements made in different theatres across the country.

"Paid homage to more than 34,000 martyrs of police and security forces. Our great nation is safe today because of their supreme sacrifices. I pay my utmost respects to those martyrs and their families. This visit gave me more inspiration and energy to serve our nation."