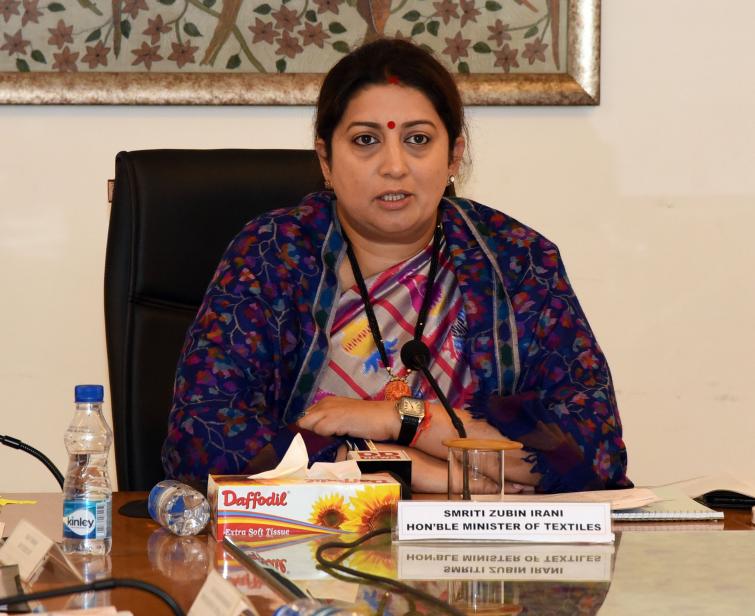 Can't hate if they are born in privileged surroundings: Amethi winner Smriti Irani

New Delhi, May 24 (UNI) After defeating Gandhi scion Rahul Gandhi by a margin of over 54,000 votes, BJP leader Smriti Irani on Friday in an indirect reference to likes of Mr Gandhi said that one can't hate them because they are born in more privileged surroundings.

"Yes there are people who may be born in more privileged surroundings, but we can't hate them for that. You can, however, perhaps get angry if entry-levels aren't equal," Irani said in an interview to Republic channel.

She also took head on those who say "democracy in perils" after the NDA secured thumping majority in the recently concluded general elections.

"To say that one Opposition leader lost and hence 'democracy is in peril' is to disrespect the mandate of the people," she said.

Crediting Prime Minister Narendra Modi for the massive win, senior BJP leader said, "Mr Modi has worked for the people's blessing and it's not been an easy journey. And he deserves this blessing. He's been gracious in accepting his wins in 2014 and 2019 and visiting LK Advani is also a sign of what BJP is about."

"People took the country for granted, sitting here and thinking that they'll chart the destiny of a billion. Modi came to Delhi and said 'we'll chart our destiny ourselves," Irani added.

On Sushma Swaraj she said, "I think as a woman Sushma Swaraj has the most fantastic story ever because she broke into politics when it wasn't easy at all."

Earlier, Irani tweeted, "A new morning for Amethi, a new pledge. You placed your trust in development, grateful to Amethi." She secured 4,67,598 votes while Mr Gandhi got 4,12,867 votes.