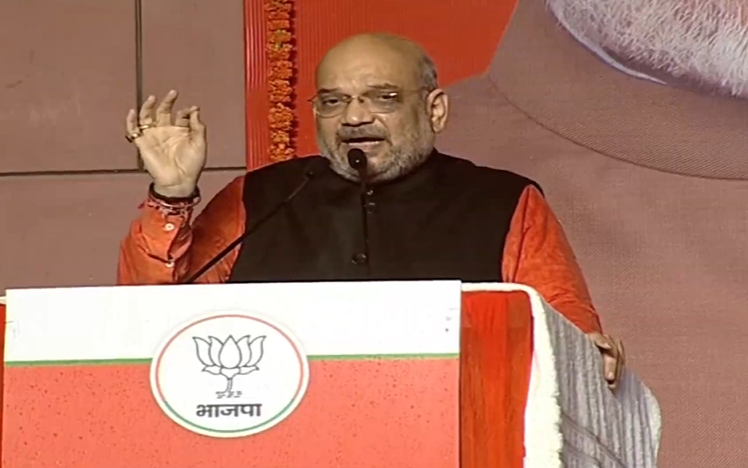 BJP's victory is a result of people's love: Amit Shah

New Delhi, May 23 (IBNS): As the NDA is set to return to power for a second consecutive term with a thumping majority, Bharatiya Janata Party (BJP) president Amit Shah on Thursday credited the victory of his party to people's love.

Addressing party workers from the Bharatiya Janata Party (BJP) headquarters, Shah said: "I am proud of my workers since it is because of your hard work that we have received more than 50 percent of votes from across the country."

Attacking the Congress party, he said: "The Congress has been decimated completely in several states where they have got a big zero. They were totally unable to open their accounts in 17 states and Union territories."

Shah said that under the leadership of Modi, dynastic politics have come to an end.

"This terrific victory shows that there is no place for family politics in this country. This victory is for people's love," said the BJP president, who has won from the Gandhinagar seat.

Slamming the criticism of Opposition parties, Shah said: "When the exit polls' verdict came to the surface, many political parties did not accept it and few leaders moved here and there to form post-poll strategy."

Shah did not forget to attack West Bengal chief minister Mamata Banerjee as the party led in 18 seats in the eastern state.

"In Bengal, we have managed to get 18 seats even after such levels of anarchism and violence. This shows that we will establish our full existence in Bengal in the coming days."

According to trends at 7:24 pm, BJP-led NDA has either won or leading in 350 seats. The Congress-led UPA is leading in 91 seats. Other parties are ahead in 101 seats.

Prime Minister Narendra Modi has won from Varanasi by a margin of 4.79 lakh votes.