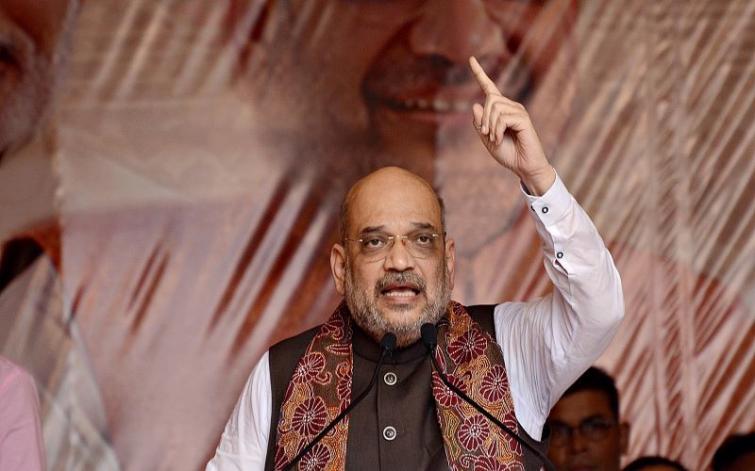 New Delhi, May 4 (IBNS): In the middle of a row over Congress president Rahul Gandhi's British citizenship, Bharatiya Janata Party (BJP) president Amit Shah took a dig at the opposition leader whose company allegedly had a link with offset contracts under the United Progressive Alliance (UPA) government.

The UPA government was headed by Congress.

Shah tweeted, "With Rahul Gandhi’s Midas Touch, no deal is too much! When he has a say, his business partners make hay. Doesn’t matter if India suffers on the way!"

With Rahul Gandhi’s Midas Touch, no deal is too much!

When he has a say, his business partners make hay. Doesn’t matter if India suffers on the way!#StealLikeRagahttps://t.co/rb9H6QOVwx

A report by Business Today said Gandhi had opened UK firm Backops Limited, UK which had acquired the defence offsets under the UPA government, which ruled the country from 2004 to 2014.

Gandhi had the 65 per cent equity in the company while Ulrik McKnight had the rest.

On Tuesday, the Ministry of Home Affairs (MHA) sent notice to Gandhi to explain whether he is a citizen of England within 15 days.

A letter by BC Joshi, Director, Citizenship, Home Ministry, has been quoted by NDTV, "I am directed to say that this ministry has received a representation from Dr Subramanian Swamy, in which it has been brought out that a company named Backops Limited was registered in the United Kingdom in the year 2003, with address 51 Southgate Street, Winchester, Hampshire SO23 9EH and that you were one of the directors and secretary of the said company."

"It has been further brought out in the complaint that in the company's annual returns filed on October 10, 2005 and 31 October, 2006, your date of birth has been given as June 19, 1970 and that you had declared your nationality as British."

Swamy had first raised the issue in 2015 but a year later Gandhi accused the BJP MP of misleading the nation.

The allegations against Gandhi appears to be interesting as the Congress chief repeatedly accuses the present BJP government and Prime Minister Narendra Modi of bypassing the Rafale deal (buying of 36 fighter jets from France by India) from Hindustan Aeronautics Limited (HAL) to Anil Ambani's Reliance.