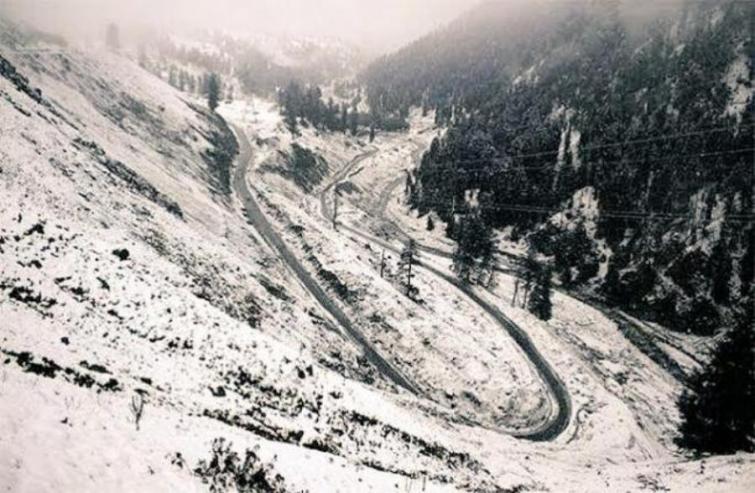 Srinagar, May 2 (UNI): The border town of Gurez and some other upper reaches, including tourist resort of Sonmarg, received fresh snowfall on Thursday while rain lashed other parts of Kashmir valley, resulting in considerable dip in the maximum temperature.

A Met department spokesperson told UNI that fairly widespread rain and thundershowers would occur in Kashmir valley during the next 48 hours under the influence of a Western Disturbance (WD), which is active in the region.

Much to the surprise, Gurez sector of Kashmir's Bandipora district, received light to moderate snow since this afternoon, resulting in dip in the maximum temperature, which settled several degrees below normal.

"It was raining in the morning, but as the day progressed it started to snow here. The weather is very chilly and people are again used ‘Bukhari’ (heaters fueled by wood) to keep themselves warm," Mohammad Younis, a resident from Gurez, told UNI over the phone.

The road to the border town was reopened last month after remaining closed for about four months due to the accumulation of several feet of snow.

Much to the delight of tourists, fresh snowfall was also recorded in Sonamarg on Srinagar-Leh national highway, resulting in considerable dip in the temperature.

Reports of snowfall were received from some other upper reaches in north Kashmir.