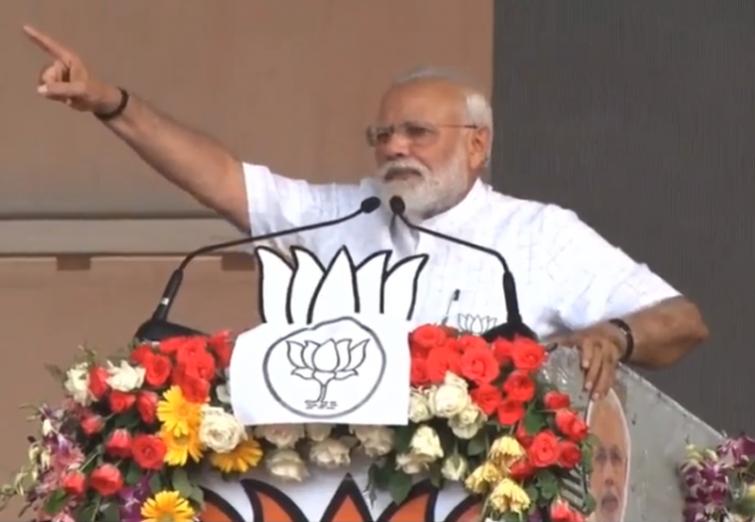 Election Commission may take up complaints against Modi, Shah, Rahul on Tuesday

According to Commission sources, the poll body on Monday decided to consider the matter, hours after the Supreme Court agreed to hear the petition filed by the Congress against Mr Modi and Mr Shah over violation of MCC and the 'inaction' of the Election Commission, on Tuesday.

Earlier in the day, a Congress delegation, comprising Abhishek Manu Singhvi, Randeep Singh Surjewala and Jairam Ramesh met the Commission and reiterated their demand to take action against Prime Minister over continues violation of MCC.

"We had given 10 complaints to the Election Commission. However, they have neither accepted or rejected it. It is unacceptable. We cannot do more than this. We expect that the Commission to discharge its constitutional duty without hesitation, immediately," said Mr Singhvi.

The Congress leaders handed over a detailed memorandum of the reported violation of MCC by Mr Modi since the Lok Sabha election dates have been announced.

"The Commission seems to have adopted a hand off policy when it comes to the Prime Minister and to BJP president. Mr Modi is aware but doesn't seem to care about the categorical prohibition on the use of the armed forces by the Commission. That, despite this injunction, he has been making appeals to the voters in the name of the armed forces", the Congress said in the memorandum.

The Congress party also pointed out that the Commission has passed strictures and censures against other leaders for the similar and identical violations, but no action has been taken against Mr Modi and Mr Shah, despite these statements being brought to the attention to the poll body by repeated delegations of its leaders.

"As we have seen over the last month and a half, and with almost four phases having been concluded, non-intervention leads to an escalation in the illegal activities of these two individuals who take the Commission's silence as a tacit stamp of approval or endorsement," the Congress said.

Security personnel patrolling near the Sher-e-Kashmir Cricket Stadium 01 Jan 1970, 05:30 am