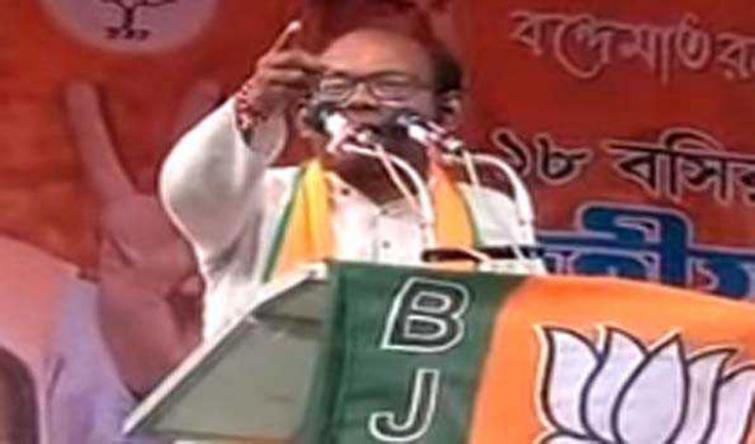 After going through the video footages, the office of the Chief Electoral Officer (CEO) on Thursday issued a notice to Basu and sought an immediate clarification in this regard.

According to a senior official of the CEO's office, the Commission has found his statement highly objectionable. Steps may be taken against Basu if he fails to come up with a convincing explanation.

Basu drew flak from the Election Commission after he made some ‘offensive’ and ‘provocative’ comments recently.

During his election rally on March 26, Basu raised controversy with his comments that 'people who try to capture booths in the upcoming elections should be shot to death'.

"If goons try to capture booths on polling day, I will tell the CRPF that their bullets must go through the heart and not at the feet. This is a fight to save democracy," said Basu.

He referred to incidents across the state last year during the Panchayat elections, when the Trinamool Congress workers were accused of capturing booths and igniting violence against BJP workers, as the reason behind his call to "shoot troublemakers".

Basu, also the BJP's general secretary in the state, however, claimed that their party workers were not allowed to paint wall graffiti by the TMC activists in Basirhat.

He alleged that police are slapping various charges on their party workers and hence he had lost his temper.

Basu stated many other cases were already pending against him in various police stations and the new case is just an add-on to the old ones.

Counting will be held on May 23.