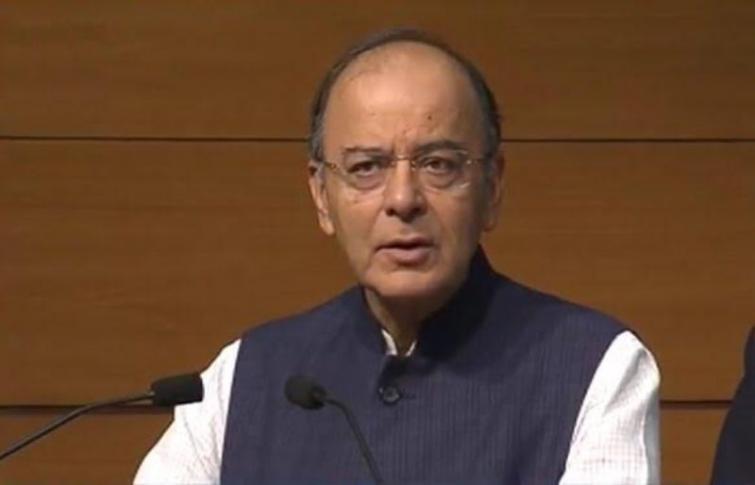 New Delhi, Mar 28 (IBNS): Union Finance Minister Arun Jaitley on Thursday said Article 35A, which prevents a non-permanent resident to own property in the state of Jammu and Kashmir is "constitutionally vulnerable" and has been "dismantling the state's economy."

The Union Finance Minister said that the state of Jammu and Kashmir does not have adequate financial resources.  Its ability to raise more has been crippled by Article 35A.

He alleged that no investor is willing to set up an industry, hotel, private educational institutions or private hospitals since he can neither buy land or property nor can his executives do so.

"Their ward cannot get government jobs or admission to colleges.  Today, there are no major national or international chains which have set up hotel in a tourism centric State. This prevents enrichment, resource generation and job creation, said Jaitley in his blog.

"Students have to travel all over, including Nepal and Bangladesh, to get college admissions.  Engineering colleges and hospitals, including super-speciality facility set up by Central Government in Jammu are lying under-utilized or unutilized since Professors and Doctors from outside are unwilling to go there. Article 35A has prevented investment and dismantled the State’s economy," he stated.