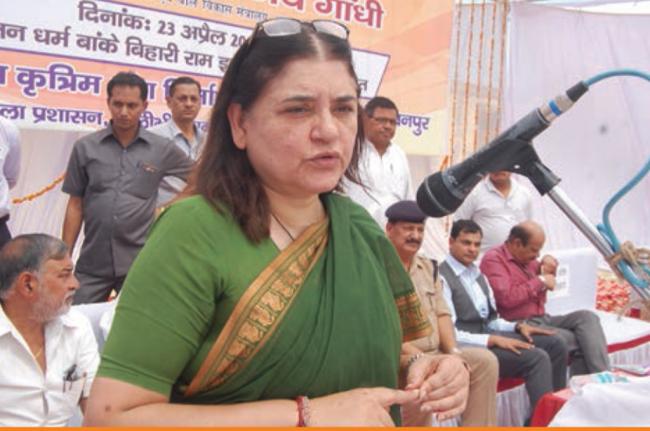 New Delhi, Mar 26 (UNI) The BJP on Tuesday replaced party veteran Murli Manohar Joshi from Kanpur constituency and gave the party ticket to Satyadev Pachuri while the actress-turned politician Jaya Prada will be the saffron party nominee from Rampur.

In the list released by party leader Arun Singh at the party headquarters here, the mother-son duo of Maneka Gandhi and Varun swapped their constituencies with the union minister opting for Sultanpur seat while her son, who is sitting member from Sultanpur, will be now shifting to Pilibhit.


Maneka Gandhi first won the Pilibhit seat in 1989 on Janata Dal ticket when she became minister under Late V P Singh. In 1998 and 1999, she contested successfully as Independent candidate and later -- on BJP ticket in 2004 and 2014. In 2009, she won from Aonla and her son had retained the Pilibhit seat.
Among the candidates' list, UP minister Rita Bahuguna Joshi is BJP nominee from Allahabad.


The sitting BJP member and Union leader Manoj Sinha will be contesting again from Ghazipur while Domariyaganj ticket has gone to sitting MP Jagdambika Pal.
Among the seats in West Bengal, BJP fielded Nilanjan Roy from the prestigious Diamond Harbour constituency which at present is represented by Trinamool chief Mamata Banerjee's nephew Abhishek Banerjee.


Actor Joy Banerjee will be contesting from the Uluberia seat while senior politician Humayun Kabir will fight from Murshidabad.


In Tuesday's list BJP fielded a number of sitting MPs including Sadhvi Nirajan Jyoti from Fatehpur, Lallu Singh from Faizabad, Ramashankar Katheriya from Etawah and Vinod Sonkar from Kaushambi in Uttar Pradesh.


UP BJP president Mahendra Nath Pandey will be contesting again from Chandauli.