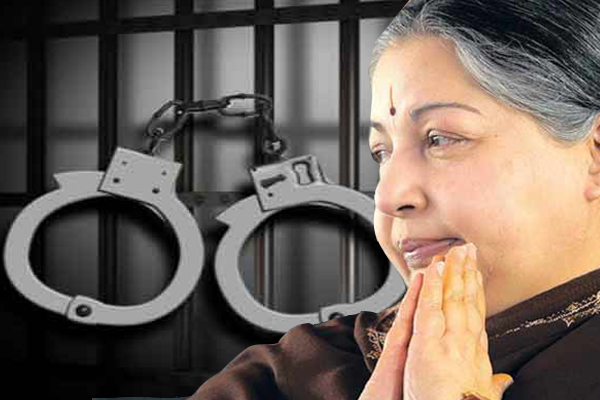 The court will decide if the Tamil Nadu politician will continue to remain in jail or walk free on bail in the nearly two-decade-old corruption case.

Earlier the Karnataka High Court  vacation bench judge had adjourned the hearing on her bail plea on Tuesday last till Oct 7.

The AIADMK chief had moved the Karnataka HC seeking bail and suspension of the sentence ordered by the Special CBI court that convicted her for possessing wealth disproportionate to her known sources of income.

Appearing for Jayalalitha, noted lawyer Ram Jethmalani filed a criminal appeal in the high court seeking suspension of the sentence.

In her petition, Jayalalithaa has dismissed the allegations against her as politically motivated and filed a criminal revision petition challenging her conviction in the High Court.

Two interlocutory applications (I/A) have also been filed seeking stay on the conviction and bail. She has sought immediate bail also on grounds of ill-health.

Earlier, Jayalalithaa, three others including her long-time associate Sashikala were convicted in the 18 year-old corruption case by a special court in Bangalore.

The case was filed in 1996 by Subramanian Swamy, now a BJP leader.

It was argued in the court that she had amassed property worth Rs. 66.65 crores - including 30 kg of gold, 12,000 saris and 2000 acres of land- despite not taking any salary as chief minister.

In reply, Jayalalithaa has said that she acquired her property and other assets through legal means, which was quashed by the special court.