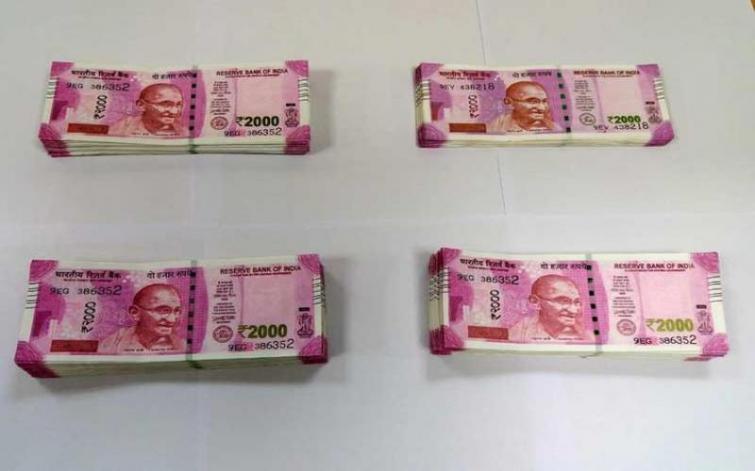 Kolkata, Mar 19 (UNI): A youth from Malda has been arrested with fake notes of Indian currencies of Rs 2 lakh during trade from Moulali in central part of the city, weeks after two persons arrested with Rs 8 lakh fake notes from Chandi chowk, also in the heart of this metropolis.

Special Task Force of Kolkata Police laid a trap following an input and arrested red handed Tofazul Haq, a resident of Harishchandrapur of Malda district, on Monday evening. All the fake notes were in the denomination of Rs 2000.

The STF got clue from an arrested fake note trader, Dipak Mandal.

A separate report from Siliguri said the Election Commission (EC) officials have seized around Rs 55 lakh in cash while intercepting four people at Jaigaon area, the border with Bhutan, in Alipurduar district of north Bengal.

The EC also seized 59 arms, 235 ammunition, besides 6,757 kgs of ammonium nitrate and 2,676 kgs of gelatine stick powder from various districts of West Bengal, ahead of 7-phase parliamentary poll starting from April 11.

Bengal will witness the 1st phase polling for Coochbehar and Alipurduar parliamentary constituencies in north Bengal.

Seven expenditure observers of the EC have been working now in the state.