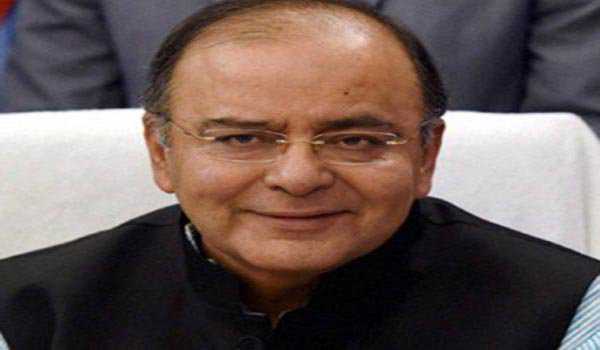 It is either Modi or chaos, Arun Jaitley on Lok Sabha elections

“The contest is between a leader in whose hand the country is developing and secure. He is trusted. Against him it is no one projected leader. There are multiple leaders, each trying to outwit the other.

“They can only promise a temporary Government if we go by the past precedents. One can be certain of chaos. The choice is clear – it is either Modi or chaos,” Mr Jailtey said in a Facebook blog “Agenda 2019 – Part - I : The Leadership Issue”.

Attacking Congress president Rahul Gandhi, Mr Jaitley said Mr Gandhi is an inadequate leader. “He is tried, tested and failed. His lack of understanding of issues is frightening. He aspires to be the leader of this chaotic pack.”

Taking on Trinamool Congress chief Mamata Banerjee, he said Mamata Didi is positioning herself as the ‘sutradhar’ of this alliance.

'She would not concede a single seat either to the Congress or the Left in West Bengal but wants to be her pillion riders if she drives the vehicle. Her instinctive comments on policy issues are retrograde,'Jaitley said.

Attacking BSP chief mayawati, he said behan Mayawati was not even able to open her account in the previous Lok Sabha elections. Now, she has decided to reveal her plan only after the results are declared. She only wants a strong BSP and a weak Congress. She has had a strategic ‘alliance of compulsion’ with the Samajwadi Party in Uttar Pradesh but the scars of her historical conflict with its allies have not washed away.

He added: “The Opposition alliance is unclear – it is absolutely fragile. None of the political parties is capable of any significant number of seats. The alliance will not have a stable nucleus. It has a set of highly ambitious, self-centered and maverick leaders.

“Barring the Congress and the Left, most of them have done political business with the BJP in the past. Their ideologies and commitment to their constituents are widely different,” Jaitley said.

He said that within the NDA there were no leadership issues.

'Mr Modi leads the NDA and will be the Prime Minister in the event of the NDA victory. His leadership is nationally accepted, his ratings are very high.

“His track record speaks for itself,” he maintained.

The Minister said Modi has shut his critics and they are bewildered by his evolution of his national security doctrine.

'He has evolved India from a nation which only defended itself domestically against terror through intelligence and security network and isolated Pakistan at the global level to a nation which is capable of destroying terror at the points of its’ origin. The success of the surgical strikes of 2016 and the air strikes of 2019 points to this direction,'Jaitley said..

Modi had entered the 2014 electoral race when the country saw indecisiveness, a collapse of leadership, a policy paralysis and integrity a big casualty. The people rewarded him with a comfortable mandate,Jaitley added.

On Sunday, the Election Commission had announced the schedule for the 2019 General elections. The Lok Sabha polls will be held in seven phases from April 11 to May 19 and results will be declared on May 23.