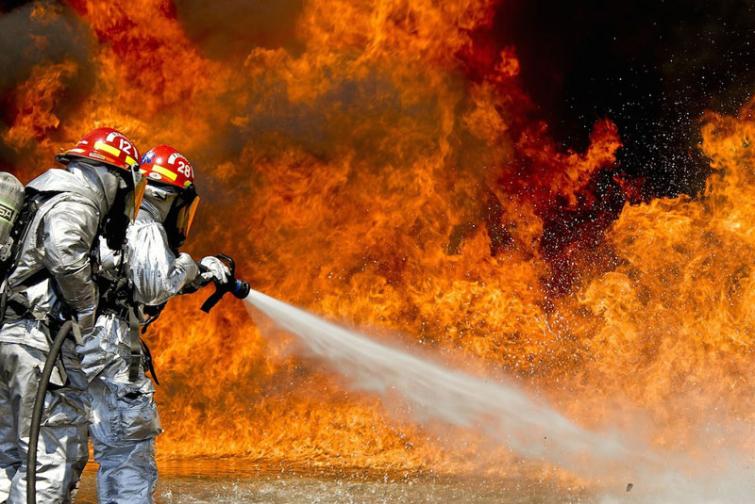 Guwahati, Mar 9 (IBNS): Over 30 vehicles were burnt in a massive fire that broke out at a warehouse in Guwahati last night.

According to the reports, the fire broke out at the Abutani Mercantile Pvt. Ltd warehouse near Boragaon in the city.

The cause of the fire is yet to be ascertained.

More than 300 mini-trucks were at the warehouse when the fire broke out. The loss is estimated to be over Rs 1 crore.