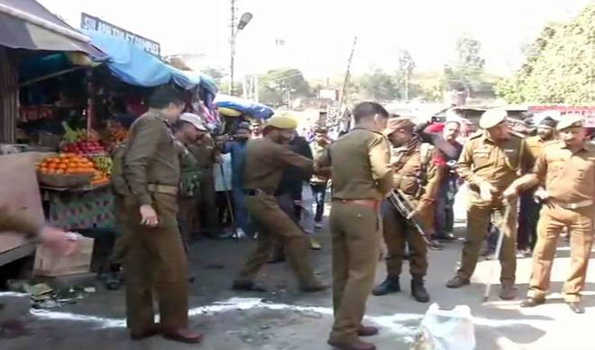 Jammu, Mar 8 (UNI) The death toll in Jammu grenade blast of yesterday rose to two on Frday with one more person succumbing, an official here said. After a teenager was killed and about 30 people got injured in the grenade attack in Jammu on Thursday, police have arrested a Hizbul Mujahideen operative, who is believed to be responsible for the attack.

"The death toll in Thursday's grenade blast at bus stand here has reached to two after a man succumbed to his injuries at hospital during wee hours," police sources here said.

They said that one Mohammad Rayaiz, 32, son of Mohammad Amin, resident of Mattan, Anantnag, South Kashmir, breathed his last during the treatment at around 0130 hours.

The body was shifted to mortuary room, they said.

On Thursday a resident of Uttarakhand had died while 32 injured in grenade explosion at Jammu bus stand.

The accused an associate of Hizbul Mujaheedin terrorist outfit was also arrested.