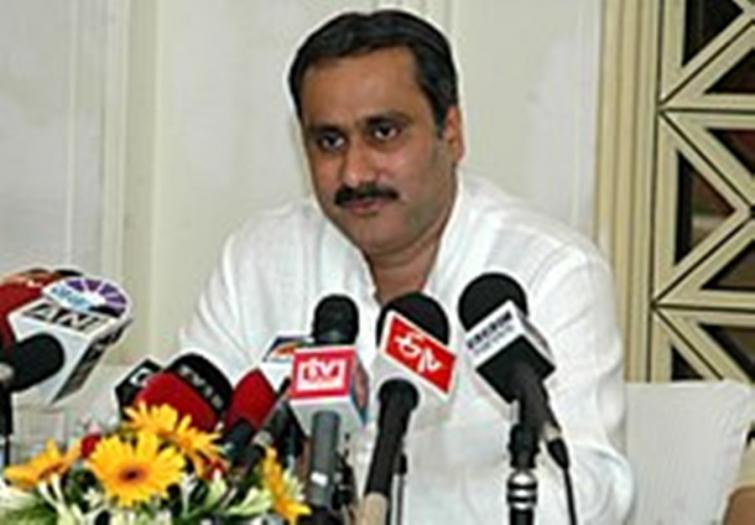 Alliance with AIADMK as they agreed demands: PMK

Chennai, Feb 25 (UNI) Pattali Makkal Katchi (PMK) Youth wing president Dr Anbumani Ramadoss said alliance with the AIADMK was forged only after the ruling party agreed to consider the 10 demands put forth by PMK for the welfare of the people.

Addressing mediapersons here on Monday, Dr Anbumani said, the power to take a decision on coalition was given to party founder, Dr S Ramadoss, and he took this decision after taking feedback and discussions with party cadres.

To a question about several allegations made by the PMK against AIADMK and now having alliance with the same party for the upcoming lok sabha elections, Dr Anbumani said political parties have always hit out at each other and later compromised for the welfare of the people.

Answering another question of complaints made against ruling AIADMK ministers, he said, “We too have done the same. We are firm in our stand that those who did wrong should be punished. We gave a complaint list about AIADMK ministers to Governor Banwarilal Purihot."

"If these allegations are proven, we will be the first to raise our voice to take action against them. Just because we have forged an alliance, it does not mean we have changed our party’s policy,” he added.

He further said the PMK has already announced that it will not contest in the byelections, but added “we never said we will not back any party during the bypolls”.

PMK Youth wing president said “At present, in the absence of former chief ministers M Karunanidhi and J Jayalalithaa, it has become a necessity to forge an alliance to win the polls to do good for the people. He also said the present situation is different.

“All important parties, including the DMK, spoke to us. This is common in an election. Ayya (Ramadoss) consulted with the party members and we should align with the AIADMK. Stalin is criticising us severely. May be he is doing it because the PMK is not in his alliance,” said Anbumani.

Asked about PMK stand now on Chennai- Salem 8 line Green corridor, he said “We will oppose the eight-lane green corridor proposed by the State government. No change in that".